Richard Terfry. Hip-hop artist, songwriter, broadcaster, b Halifax, NS, 4 Mar 1972. Rich Terfry performs under the name Buck 65. Terfry, who grew up in the small town of Mount Uniacke, NS, had two passions during his youth: baseball and music.

Richard Terfry. Hip-hop artist, songwriter, broadcaster, b Halifax, NS, 4 Mar 1972. Rich Terfry performs under the name Buck 65. Terfry, who grew up in the small town of Mount Uniacke, NS, had two passions during his youth: baseball and music. He was scouted by the New York Yankees at 16, but shortly after, he suffered a knee injury and diverted his attention to music. The sincere, broad, and inclusive nature of hip hop immediately attracted Terfry, and he was soon teaching himself how to rap, create beats, and scratch. In 1989 he moved to Halifax, where he was enrolled at Dalhousie University. Under the name DJ Critical, he hosted the popular hip-hop radio show, "The Bassment," for 11 years on the campus station CKDU.

Style
Terfry's eccentric brand of music has often been dubbed "alternative hip hop," and draws influence from folk, blues, rock, and country. Citing such influences as Leonard Cohen, Townes Van Zandt, and Kool Keith, Terfry has attributed his innovative sound to a broad definition of hip hop and his varied musical interests. Terfry's music is softer and more melodic than most mainstream hip hop, and it often plays with instrumentation more at home in folk and country music, such as the organ, banjo, and slide guitar. His tracks are largely self-written, performed, and produced.

Recordings
Terfry became known on Halifax's hip-hop scene in the early 1990s, while recording songs under the name Stinkin' Rich. His first EP, Chin Music (1992), attracted the attention of the Sloan-owned label, Murderecords. The label signed Terfry and subsequently released Game Tight (1992) and Stolen Bass (1993). Weirdo Magnet (1996) was the first of Terfry's albums to be released under the alias Buck 65. He continued to record albums into the late 1990s and early 2000s with the support of small independent labels, such as Metaforensics and Anticon. By the time he signed with Warner Music in 2002, Terfry had been recording and slowly building a national and international fan base for more than a decade.

Radio
Terfry's music career has been more critically than commercially successful. By the release of Situation, he had realized the value of a stable job. In 2008, after acting as a guest host on CBC Radio 3, Terfry was asked to host Radio 2 Drive on the newly revamped CBC Radio 2. Since its inception, Radio 2 Drive has diversified the station's musical content and audience base, focusing primarily on current Canadian singer-songwriter material. The Globe and Mail's Robert Everett-Green has praised Radio 2 Drive for its "clear programming concept" and "varied playlist," and has described Terfry as "a host who seems thoroughly suited to his place in the broadcast universe."
-The Canadian Encyclopedia

This Right Here is Buck 65

A Walk In The Woods

This Right Here is Buck 65 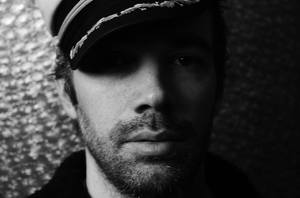