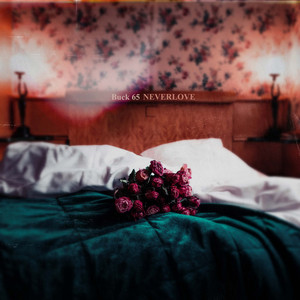 Unlike Prince’s two new efforts, Canadian hip-hop artist Buck 65’s 14th album is not an exercise in fun. Neverlove is an unabashed divorce album – opening with Gates of Hell, a shake-the-fog-from-your-head number with skittery percussion, vinyl scratches, blood-curdling yells and heavy rhymes. “I tried to take my own life /And almost got away with it,” he gruffly raps about the breakup of his marriage. (His wife left him, taking all her belongings and leaving a note.) Schmaltzy and sentimental, Neverlove isn’t. If you felt Coldplay’s Ghost Stories was an overblown response to frontman Chris Martin’s conscious uncoupling from Gwyneth Paltrow, Buck 65’s offering is a painful slap in the face. Song titles include Love Will Fuck You Up, Only War, She Fades, Heart of Stone and That’s the Way Love Dies, yet his rhymes are far from the norm – with lightning-quick references to famous paintings, baseball players and philosophers. As dark as his subject matter might be, Neverlove’s arrangements are usually much lighter, featuring springy beats, loping country-folk guitars, dreamy synths, and in some cases, seductive vocals provided by several female singers, including one of his ex-girlfriends. (None of those songs, however, feel like duets, perhaps to further underline Buck‘s estrangement from his now-ex-wife.) A few of Neverlove‘s tracks don’t quite deliver – including the breathy piano-rock ballad, Superhero In My Heart – but Super Pretty Naughty is super ridiculous in only the best way. “Fancy time /Naked Saturday /Wild stylin’,” the CBC Radio Two host raps over lose-yourself-on-the-dance-floor synths and cheesy sound effects. What started as his songwriting attempt to impress another girl comes off as a biting indictment of today’s EDM-fuelled Top 40 party tunes.
-Edmonton Journal