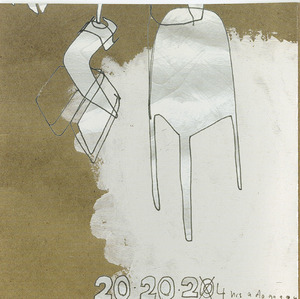 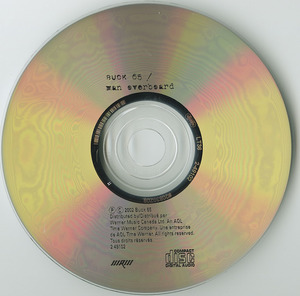 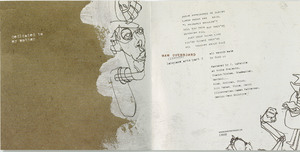 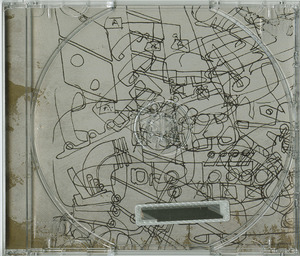 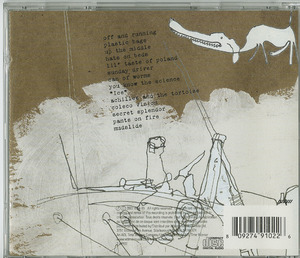 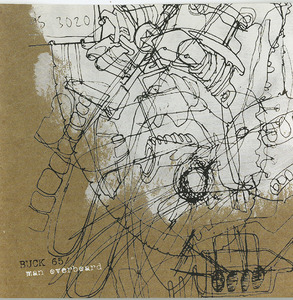 Man Overboard is a 1999 album by Buck 65. Originally released on the anticon. label in 1999, this album broke Buck 65 to an international audience. When re-released on Warner in 2002 it had a track omitted because of a Metallica sample that was used as a part of the music.

Man Overboard, originally released on the anticon. label, was a significant turning point in his career. The record, and the entire anticon. collective (of which Sixtoo was also a part), were considered hallmarks of a new avant-garde movement in underground hip hop. It was at this time that Buck met Cincinnati DJ Mr. Dibbs who inducted him into the 1200 Hobos, a loosely-knit hip-hop collective named for their proficiency and skill in manipulating the Technics 1200 turntable.

While hip-hop has gone through many changes since its inception in the late 1970s, few artists have turned the style on its ear in the same way as has Canadian-born MC/DJ/producer Buck 65. His style, which involves MCing and DJing simultaneously and delivering the lyrics in a manner akin to lounge crooners or poets, remains unmatched.

Born in 1972 in the farming community of Mount Uniacke, Nova Scotia, Rich Terfry (a.k.a. Buck 65) absorbed primarily hard rock and heavy metal throughout his childhood. As a fan of heavy metal, he was a member of the Kiss Army (that band's fan club), and enjoyed records by Black Sabbath and Deep Purple. But by the early 1980s, Terfry's interests had turned to hip-hop, and soon his record shelves were stocked with releases from the Sugar Hill and Enjoy labels.

While growing up, he spent a lot of time on the baseball field, and at 16 he was scouted by the New York Yankees. However, in his last year of high school a knee injury set him back, and his professional baseball plans were derailed. Terfry began to focus all of his energy on hip-hop, making his own recordings and practicing his scratching and mixing skills as a DJ.

In 1989 he moved to Halifax, Nova Scotia, and began studying biology at Dalhousie University. While there, he picked up a weekly slot on the campus's community radio station, CKDU, and under the name Jesus Murphy hosted "The Bassment" and later "The Treatment" programs.

Terfry got his start by MCing at roller-skating rinks and square dancing hoedowns in nearby towns, and when he was mistakenly billed as Buck 65 (the square dance caller originally gave him the name '65 Buick, to compliment his strong work ethic), the moniker stuck. However, he performed and DJed under a number of aliases, and his first recordings, including 1992's Chin Music EP, were made under the name Stinkin' Rich.

While he attempted to approach hip-hop from the traditional side---battling against other MCs and DJs---Terfry's style emerged as one that was unlike all others. His lyrics were tinged with satire---marks of his well-read, well-educated background---and veered away from subject matter typical of the rap music of the time.

People eventually started taking note of Terfry's talent. In the early 1990s the Halifax music scene was exploding, both in the hip-hop and indie rock genres, and like the bands around him, Terfry started distributing his music independently. His early recordings traveled around the steadily growing underground community, catching the attention of the band Sloan. After signing to DGC and taking their own success to great heights, Sloan started the Murderecords label to foster the talent of Canadian artists. Terfry's seven-inch "Stolen Bass" and the Game Tight album both appeared on Murderecords, and as Stinkin' Rich, Terfry was soon making a name for himself.

By 1996 Terfry had met fellow jack-of-all-trades Rob Squire (a.k.a. Sixtoo), and they began collaborating as the Sebutones, mixing all forms of music into their experimental hip-hop hybrid. Sebutones ushered in Terfry's new style, and his first record as Buck 65, titled Language Arts, kicked off an unofficial six-disc concept series focusing on the theme of communication.

Language Arts appeared in 1997 on the Four Ways to Rock label. "This record is the first of the continuous, mix-tape style albums," he told Exclaim!. "The idea to make a record in this way came in part from the format of my radio show at the time: very dense and turntable driven." It also proved to be the perfect forum to mash together all of his alter egos on one disc, including Stinkin' Rich, Achilles, DJ Critical, and Uncle Climax.

The second album in the series was 1999's Vertex, where his fans were first introduced to one of Terfry's most popular tracks, "The Centaur," a story about a creature who is half-horse, half-man, and who performs in adult films but only wants to be appreciated for his complicated mind.

It was at this time that Terfry's popularity south of the border began to take hold, and the independent hip-hop label Anticon decided to release "The Centaur" as a ten-inch single. It proved a strong release and in 2001 the label put out his next full length album, Man Overboard.

By 2002 Terfry's hard work had started to pay off. With growing recognition in Canada and the United States, Warner Brothers signed him to produce Square, and also agreed to license and reissue the major albums of his back catalog, making readily available what had once been rarities. Square was an especially abstract addition to the Language Arts series. Arranged like a square for "maximum vinyl compatibility," as he told Eye magazine's Andre Mayer, the four songs would each take up one side of a vinyl record---in keeping with Terfry's hip-hop ethos. "I make no bones about the fact that I make music for people with a bit of patience," he said. "I'm also realistic about the fact that it's rare. I've got my work cut out for me."

Terfry had also moved to Paris at this point, and with only high school French skills in his repertoire, he had to reinvent his stage act for his new European fans. But he knew that his heroes, filmmaker David Lynch and singer Tom Waits, had made their first marks first overseas, and he intended to follow in their footsteps.

Along with studying the theatrical personas of singers like Waits and France's Serge Gainsbourg, Terfry examined the silent films of Buster Keaton and Charlie Chaplin, in order to learn to communicate using actions and mannerisms. Because of his persistence, the Buck 65 live show was a smash hit. Along with DJing and MCing simultaneously (a style that hip-hop fans often refer to as ambidexterity), Terfry presented his songs like an actor or Beat poet, making for an entertaining show regardless of the music he was playing.

While in Paris, he recorded 2003's Talkin' Honky Blues, another anomaly of a disc that mixed his old style with a growing interest in country and folk music. The record earned Terfry a Juno Award (Canada's version of the Grammys) for Best Alternative Album, proving that his style was becoming even more far-flung, and making him increasingly difficult to market to mainstream American audiences. In fact, his distaste for hip-hop in the conventional sense kept him miles away from it.

He told Exclaim!'s Carla Gillis, "The focus in hip-hop these days is so narrow. Musically, it's got a very specific sound, but you're also supposed to dress in a very specific way and talk about very specific topics. To go outside of those parameters, you're instantly labeled as a weirdo or whatever else. ... I'm mad at hip-hop because of all of that."

He signed a deal with the V2 label---home of the White Stripes and Moby---to release an introductory album for American audiences, where he re-recorded a collection of his old songs, freshening up their production and providing new fans with a taste of his expansive oeuvre. This Right Here is Buck 65 appeared in 2005 and was shortly followed up with a proper album, Secret House Against the World, at the end of that year. The record involved much collaboration with Chicago-based post-rock band Tortoise, and their instrumental prowess further expanded Buck 65's innovative take on hip-hop. "I think my definition of hip-hop is now irrelevant or obsolete," he told Exclaim!, "and that's a really tough pill for me to swallow."