Luba first burst onto the Canadian music scene with the smash hit Everytime I See Your Picture. The single shot to the Top Ten on singles charts across the country, prompting the release of her first major album for Capitol Records, Secrets and Sins. Released in 1984 and produced by Daniel Lanois (U2, Peter Gabriel), the album produced Luba's first gold single Let It Go. The song, written by Luba, stayed at the top of the charts for over 40 weeks, eventually reaching the Number One position across the country.

In 1986, Luba released her second album Between the Earth and Sky that produced the Top Ten hits How Many and Innocent and became her first Platinum selling album. How Many was chosen to represent Canada in the Tokyo International Song Festival where Luba made it into the Finals category. 1987's Over 60 Minutes with Luba featured her heart wrenching rendition of the classic When A Man Loves A Woman, also a Top Ten hit. All or Nothing, released in 1990, was Luba’s second album to be certified Platinum, achieving sales of over 100,000 units in Canada.

Throughout the years, Luba has won many awards: three Félix awards, numerous Casby's and five Juno awards, including the Best Female Vocalist title three years in a row. She has collaborated with such talents as Bryan Adams, Pierre Marchand (Sarah McLachlan) and Narada Michael Walden (Whitney Houston, Aretha Franklin), who chose Luba to sing The Best Is Yet To Come for the soundtrack to 9 1/2 Weeks which also included the hit Let It Go.

In the spring of 2000 Luba made her comeback with a new album on her own newly formed Azure Music, “From The Bitter To The Sweet” marks the strong return of the singer/songwriter. Luba, pulling from her life experiences during the past years wrote all eleven songs. She considers this to be her most honest and revealing album to date, with a collection of songs reflecting maturity of sound and direction. The album features Luba's trademark heartfelt vocals intertwined with a modern rhythmic approach and acoustic instrumentation, resulting in a truly transporting atmosphere.

The first single “ Is She A lot Like Me”, a Top Twenty radio hit firmly planted Luba back into the Canadian music scene, the single was a mainstay at Canadian radio throughout the year 2000, ending the year at the #19 position of the year-end BDS Canadian AC chart. The song is a take on love, loss and curiosity after the fact. Everyone can relate - and this thread of human experience weaves its way throughout the new album.

"Being at the helm of my own label has afforded me artistic control and greater involvement in the day-to-day workings of the company," expresses Luba. "From the Bitter to the Sweet" marks a rite of passage for me. From conception through to the release, I have been involved in every stage."

Although Luba had been out of the public eye for some time, she was very busy devoting herself to her writing and singing. "Some people believe that if you aren't continuously releasing albums or touring, then you cease to exist as a musician," she states. "That's simply not so. I decided I needed to take time after the release of my last album to re-evaluate my life and career, and to set a new course for the future." During this period, Luba encountered many challenging experiences, including the break-up of her marriage and the loss of her mother to ovarian cancer in the mid-nineties. This led to a period of reflection from which Luba drew her inspiration for the words and music that would become her next album.

Canadian Media embraced Luba’s return with appearances and performances on Canada AM, CBC Morning News and features in many magazines andnewspapers including MacLean’s and Billboard. Luba was also the focus of a one-hour performance on the MusiMax video channel. In November 2001, Luba’s spectacular performance at the Montreal Spectrum was the subject of a television concert special aired nationally on the Global network. She continued to impress audiences throughout the year 2002 with concert appearances across Canada.

Luba continues to record new music, in 2007 she premiered the new songs "Time" and "Heaven" and is currently working on a new album.

Luba remains one of the more successful female artists in Canadian music history despite never charting in the US. Her three consecutive Juno awards for Female Vocalist of the Year puts her in select company: only Anne Murray (9) and Celine Dion (6) have more. Luba’s journey has indeed been From The Bitter To The Sweet. It has all led her back to sharing these experiences through her music to her audiences. And they have welcomed her with open arms.

Between The Earth & Sky

From the Bitter to the Sweet 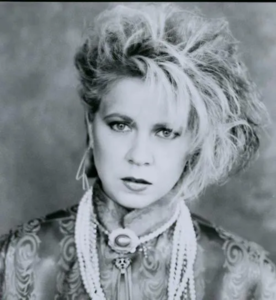