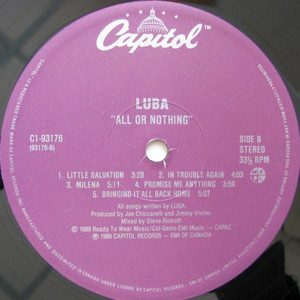 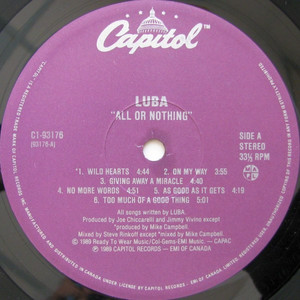 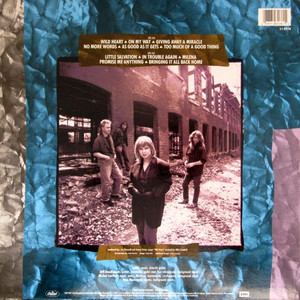 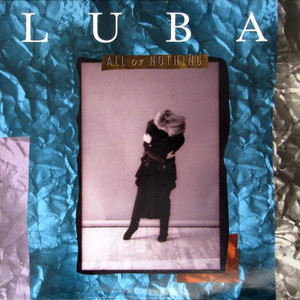 All Or Nothing is the third full length studio release on Capitol-EMI of Canada by Canadian singer, Luba and band. A powerful follow-up to her previous album, Between The Earth & Sky it was another hit, and achieved platinum status due to hit singles such as "Giving Away A Miracle," "Little Salvation", "No More Words", and "Wild Heart" (produced and includes various instrumental contributions by Tom Petty & The Heartbreakers guitarist Mike Campbell). Pianist and fellow Canadian Paul Shaffer from the Late Show with David Letterman has a solo on the song "As Good As It Gets." Numerous other musicians have contributed to the release as well. This would be the last studio album by Luba for a decade.