Halifax based, David Myles is an award winning singer-songwriter, multi instrumentalist and dynamic performer with powerful, smooth and commanding vocals. David’s engaging delivery and his unique combination of guitar and trumpet are complimented by his solid songwriting ability to deliver catchy hook laden original songs that are infectiously hummable.

Setting out to make his fourth album, Turn Time Off, David Myles knew he was ready to try something a little different. His earlier releases, Things Have Changed (2006) and On The Line (2008) had already established his reputation as a versatile, genre-bending artist with a knack for effortlessly straddling jazz, blues, folk and pop styles. Produced by acclaimed Nova Scotia musician Joel Plaskett, Turn Time Off is a smooth, soul-infused pop record that pays tribute to crooners and lovers alike.

Whether he’s singing about taking a break from love (“Out of Love”), refusing to succumb to change (“People Don’t Change”) or the simple joys of loving (“I Will Love You”), Myles does it all without straying into sentimentality. His smart, heartfelt lyrics address the human condition — everything from worry, hope and joy, to making time to spend with the people you love. Turn Time Off solidifies Myles’s reputation as a gifted, spirited songwriter with wide appeal.

A warm, easy performer, Myles brings his audiences to their feet wherever he plays. His unabashed joy at being on stage is infectious, and his enthusiasm, along with a tendency to regale his audiences with humourous anecdotes, has made him a favourite wherever he plays. Whether it’s the Canada Day celebrations on Parliament Hill, or the 2010 Winter Olympics, Myles is increasingly in-demand on the Canadian live music scene.

Turn Time Off was recorded in Plaskett’s Dartmouth, Nova Scotia studio, Scotland Yard. Myles worked closely with his backing musicians on the album, drawing out clean harmonies and solid arrangements, and letting their own backgrounds in R&B and bluegrass infuse the tunes. It was a process that started in the summer of 2009, while Myles and the band were on a European tour opening for U.K singer Jools Holland. Granted a few days off, the group rented a houseboat in Amsterdam and spent some time on-board, their gear set-up on the boat’s bow. It was there that Turn Time Off really started to take its shape.

Once Myles had the songs written, he and Plaskett then worked collaboratively to build a strong record with catchy hooks and memorable melodies. Turn Time Offwas recorded on a 16 track, 2 inch tape machine, giving it a rich, analog sound with some of the spontaneity and joy of a live performance.

A gifted and spirited songwriter, Myles was a winner in the 2008 International Songwriting Competition where he was judged by the likes of Tom Waits and Brian Wilson. He was also recently named to represent New Brunswick (his home province) in the Great Canadian Song Quest competition on CBC Radio. His last album, On the Line, won Folk Recording of the Year at the 2009 East Coast Music Awards, where he was also nominated as Male Artist of the Year and Entertainer of the Year. Myles also won the Folk/Roots Recording of the Year for Music Nova Scotia in 2007.

Live At The Carleton 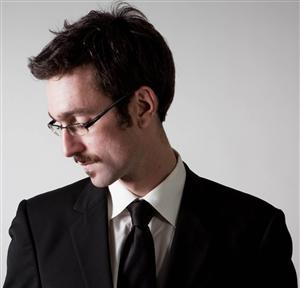