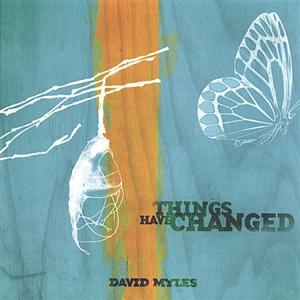 At age eleven, he was a finalist in the Connaught Street School lip synch contest for his version of “Heartbreak Hotel”. Ten years later, Myles played with a blues band in a Chinese soccer stadium. The show was televised to millions of people. Back in Canada, he opened for west-coast rap group “The Rascalz” as a beat-boxer. This year he played trumpet on recent but unreleased Buck 65 recordings.

Add to that a well-received debut album, “Together and Alone”, and you’ve got a man whose appetite for music is insatiable.

For more information on David Myles and his extensive touring schedule, visit his website: http://www.davidmyles.com