Mendelson Joe is a fascinating figure in Canadian music. He's a singer-songwriter and accomplished blues guitarist . He's also a painter and outspoken political activist, better known for his painting depicting former-Prime Minister Brian Mulroney with his face as an ass, than anything he accomplished in music.

Born Birrel Josef Mendelson on July 30, 1944, Joe was raised in Maple Ontario (A suburb of Vaughn). He nursed a love of music throughout his youth and started playing guitar at age 11. He had his formal education at the University Of Toronto, in the early 60's and began performing as a blues musician under the name Joe Mendelson in 1964.

Four years later, he joined with guitarist Mike McKenna to form the band McKenna Mendelson Mainline, which was active until 1972 and reformed briefly in 1975. Throughout their time together they were a popular and well respected live act in Canada. They even garnered some fans in the UK while on a brief tour there in 1968-1969. The original line-up featured the formidable bass talents of Denny Gerrard.

After the original demise of the band, Joe went solo and recorded this album for Nobody Records (a division of Mainline Triumvirate LTD). Still going as Joe Mendelson at the time, he toured briefly around Ontario, but struggled to find an audience for his "unique" style of blues.

In 1975 he adopted the name he's still known for today Mendelson Joe. He continued his solo career after the second demise of McKenna Mendelson Mainline; signing with Taurus Records, who had been the label to release Mainline's final album, also releasing his second solo album on the label that same year.

Mendelson Joe would continue on, hard-at-work as a musician, releasing over a dozen solo albums (frequently collaborating with Ben Mink, Gwen Swick, The Shuffle Demons and Colin Linden, among others) throughout every decade up until the 2020's; when various conditions impeded his ability to play guitar.
As previously mentioned Joe became a painter. In 1975, Mr. Joe found a paint set in the garbage, and tried painting just to see what it was like. A deep love sprung from the initial meeting as well as a distinct style that would be nursed over the years as it became an intense passion of his.

Today, Mendelson Joe’s paintings are internationally recognized and his work is housed at the Art Bank (a government-owned art collection), and in numerous private and corporate collections worldwide.

In March 2000 Mendelson Joe realized his longtime dream (fueled by his disdain for most people) and exited the city of Toronto. He's resided in various locations throughout Ontario over the intervening years and likes to maintain his privacy. A notorious recluse, he often only comes out for live performances or stark interviews, or social occasions.

Nonetheless Joe is an enigma; Fiercely critical of people's actions, but deeply sympathetic of their plight. A long outspoken activist, he has particular scorn for the actions of government and politicians. He's deeply passionate, driven, stubborn, and talented. We're lucky to have him.
Aaron Lusch
Aaronlusch@hotmail.com

Mendelson Joe - Everyone Needs a Pimp 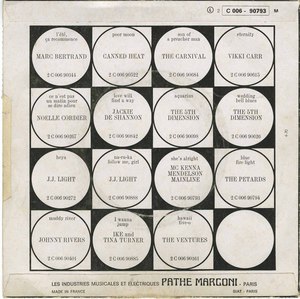 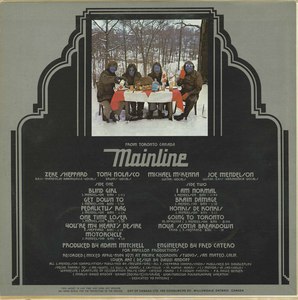 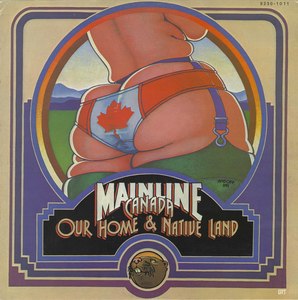 Our Home and Native Land 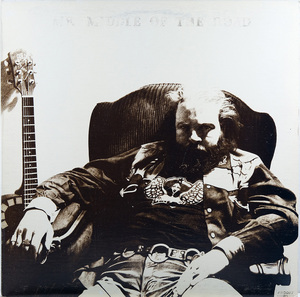 Mr. Middle of the Road 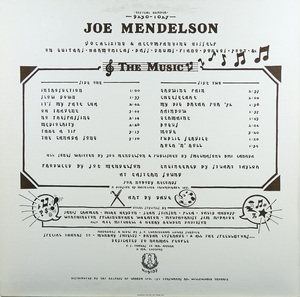 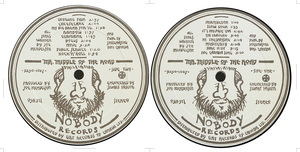 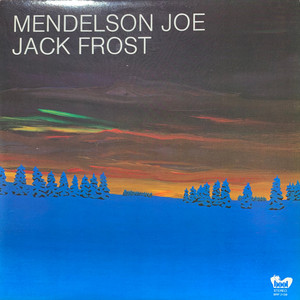 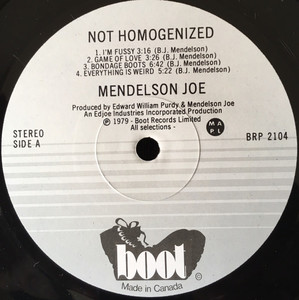 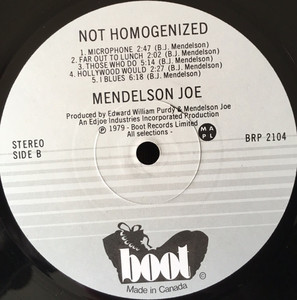 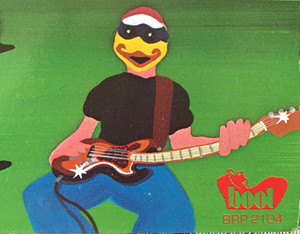 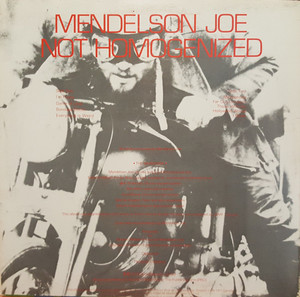 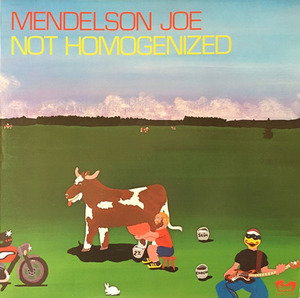