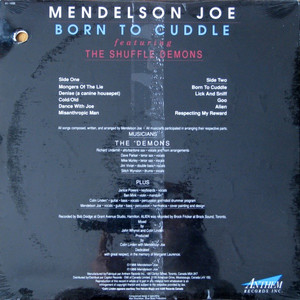 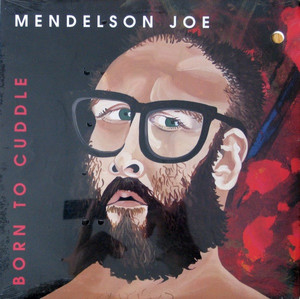 Born Birrell Josef Mendelson on July 30th, 1944, in Toronto, Canada, Mr. Joe grew up in Toronto and in the rural community of Maple (twenty miles north of that city). IN 1966 Mr. Joe graduated from the University of Toronto with a Bachelor of Arts degree. He studied neither art nor music. In 1975, Mendelson rescued some derelict paints from the garbage and tried painting "Just to see what it was like". Shortly thereafter, a distinct style began to evolve. Joe painted and continues to paint prolifically. His paintings are recognised internationally as unique and outstanding examples of contemporary Canadian art. his work is housed at The Art Bank (a government-owned art collection), and in numerous private and corporate collections worldwide. He has received several Canada Council grants, including Explorations Grants to develop both his literary talents as a playwright as well as his performance art in video.

In 1980/81, The Canadian Cultural Centre in Paris showcased Mendelson Joe in Pursuit of the Truth, a two-month solo exhibition. 1982 signaled the commencement of Joe's marathon self-commissioned series of portraits entitled Working Women; it totals over 140 to date. Mendelson's paintings are in demand for use on posters, book covers, and postcards. Mendelson Joe Postcards are famous, and are sold at major Canadian galleries and fine bookstores. Mendelson Joe is also an accomplished musician/composer/songwriter with numerous phonograph albums to his credit, some of which have stirred great controversy. In 1986, Ten Years of Joe, Mendelson Joe's first retrospective, was presented in Toronto. In 1987, Mendelson penned his first play, a farce-fable entitled A Kind Dog's Life; he also donated a self-commissioned series of thirty paintings to the internationally renowned nuclear watchdog foundation Energy Probe. The money raised from this gift exceeded $35,000.

1988 marked the rebirth of Joe's recording career. Canada's Anthem Records released one of Mendelson Joe's unique self-produced (with friend Colin Linden) musical albums, Born to Cuddle, featuring Toronto street-jazzers The Shuffle Demons. And the paintings continued to develop prolifically. Joe's focus for 1988 was another self-commissioned series entitled The Meaning of Life (numerous and glorious renderings of the female breast). Artist-curator Derek Besant featured Joe's latest series in Multimedia Joe (The New Gallery, November 1988, Calgary), a one-man celebration of Mendelson Joe's diverse output, which included recent paintings, poems, excerpts from his book Paint is Drying, published letters to the editor, as well as Joe's music and idiosyncratic videos. In 1989, Joe continued to paint Working Women portraits featuring several employees of Toronto television station CITY-TV. His exhibition of CITY's Working Women debuted in December 1989, and will hang on a semi-permanent basis at The City Gallery.

Throughout 1989, Mendelson Joe also maintained work on The Meaning of Life and scores of diverse works, including his second annual portrait of Canada's Prime Minister. Joe expanded his volunteer work for environmental groups to include various local community foundations and causes, one specifically addressing the plight of families with AIDS sufferers, to other less pressing issues.

In a quote, Mr. Joe says, "The decline of our society is perfectly personified by ever-increasing homelessness, despair and a Prime Minister with no ideological base outside of self-aggrandizement. Grassroots activism is our only hope to cope with the unstoppable tide of doom ahead. I still contend that women are the only hope, if there's any hope at all."

Cover painting and by Mendelson Joe

Dedicated with great respect in the memory of Margaret Laurence