McKenna Mendelson Mainline is a seminal Canadian blues band originating in the late 1960s.
This article will treat of the band both in its original form and in its subsequent incarnations in which it was known simply as Mainline.

Beginnings:
Much of McKenna Mendelson Mainline (MMM; see disambiguation at MMM)'s uniqueness stemmed from the originality of their approach to the blues genre. In the summer of 1968, Toronto, Canada blues guitarist Mike McKenna (born April 15, 1946 in Toronto), formerly of Luke & The Apostles, placed an ad in The Toronto Star in May 1968 seeking musicians for a new project. In replying to the ad, acoustic blues artist Joe Mendelson (born July 30, 1944 in Toronto) suggested to McKenna that the idea of searching for blues musicians through the want ad milieu was an exercise in naïveté. Nevertheless, the two worked well creatively and the basis of McKenna Mendelson Mainline's dynasty was formed.

Original Band Members:
Former The Paupers bassist Denny Gerrard (born February 27, 1948 in Scarborough, Ontario) was invited to join, and The Spassicks' Tony Nolasco (born July 9, 1950 in Sudbury, Ontario) completed the quartet on drums. The band debuted at the Night Owl club in Toronto's Yorkville Village from August 5-10 and the following month recorded demos which later became the basis of a bootleg album, McKenna Mendelson Blues. Gerrard left the band in early October (immediately after a show at Massey Hall supporting The Fugs) because of artistic differences and was replaced by Mike Harrison (born November 1, 1948 in Brampton, Ontario), bassist from popular Canadian R&B band Grant Smith & The Power. What came to be known as "the original line up" was now in place.

In November 1968, MMM opened for The Jeff Beck Group at the Grande Ballroom in Detroit, USA, and garnered several standing ovations. The die was cast.

Early Success in the UK:

In December 1968, MMM reversed the trend of English bands coming to North America, and proceeded to England to gig and hopefully to pursue a major record deal. The band hit the stage almost immediately, their first show being at the Utrecht Pop Festival on December 27/28, 1968, filling a prime timeslot just vacated by Jimi Hendrix and his duo (Noel Redding and Mitch Mitchell). MMM started soon thereafter gigging on an English club circuit which included such notables as The Bonzo Dog Doo-Dah Band, Family (band), The Keef Hartley Band, Gun, and the newly-formed Led Zeppelin.

After several false starts, they signed with Liberty/United Artists in the spring of 1969, and in April recorded their best-selling album Stink.

Homesickness, dissension in the ranks, and the vagaries of youth facilitated a return to Canada in June 1969. Shortly after the July release of Stink, Allied Records released the demos recorded in September 1968 as McKenna Mendelson Blues. MMM thus became Canada's first "major label" act to be the victim of a bootlegged album. However, while in Europe and England selections from the Stink album appeared on various blues samplers and compilations. Following the success of Stink, MMM / Mainline had three subsequent releases of note - "Our Home and Native Land", "The Mainline Bump and Grind Review - Live at the Victory" (a well known, somewhat risqué Toronto burlesque theatre), and "No Substitutes". Following the release of No Substitutes Mainline disbanded and McKenna and Mendelson never played together again.

The Mainline reunion of the late 90s gave rise to their best known "recent" gig at Toronto's famous El Mocambo Tavern, which closed its doors for the last time in November of 2001. A reformed Mainline, without Joe "Mendelson Joe" Mendelson, but with Mike McKenna (guitar, slide guitar, vocals), Tony Nolasco (drums, lead vocals), Mike Harrison (bass, vocals), Ted Purdy (acoustic guitar, vocals) and Bob Adams (harmonica) played to a sold-out crowd on the Elmo's internationally known 2nd floor stage and expanded their place in Toronto rock history as the last band to play live at the lengendary club. A CD, "Last Show @the Elmo", was subsequently released, and is available from Bullseye Records. 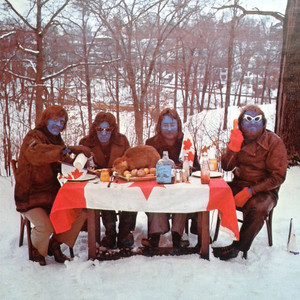