Picture this...in 1967 I am 15 and still wearing knee socks. Guess what anybody else is doing! I like to think I'm hip enough and then I have to say that, as a teenager, I'm the one listening to Janis Ian's 'Society's Child' over and over and over while everyone else is necking. And that's why I'm a musician...I want to know what it takes to GET SOME ATTENTION AROUND HERE!

I took a job slicing bread at a bakery when I was about 12, and that's how I got the transistor radio. I ironed shirts and picked strawberries in the summers. When I got a little older I worked in a fish cannery/frozen cranberry factory and that gave me enough money to get away from home. I was 15. In my shopping bag I had a change of clothes, a tooth brush, my A+W uniform, and a Leonard Cohen album. No record player. I couldn't go to the Catholic Church (I'd already been banned for using the word 'bra' in the youth group), so I went to the house of an older woman that I worked with. She said I could stay in her basement. I turned the workbench into a bed, painted everything turquoise and white and was on my way deep into my independent life.

My mother's French Canadian family played music. I heard guitars and banjo and accordian and scrub board and my grandfather clogging. I put it together...music meant fun, meant love and laughter. I started writing songs when I was 10, never saved them after some kids at school found them and teased me about it. I wrote songs and remembered them and when I forgot them I felt they were not important anymore. The next time I saved a song I was 18. It was 1970, it was Crosby, Stills, Nash and Young. It was Joni Mitchell and Eric Burton and the Animals, Van Morrison and the Grateful Dead. It was nickel bags and bellbottoms. It was all that and yet each song I tried to sing along with always had a line that didn't relate to me. I bought a guitar with money I got cutting grass at $1.00 an hour and in 1975 I did my first show for a Womens' press in Vancouver...a benefit concert. I was so scared I couldn't stand, had to sit down to sing. The next year I was singing in a small coffee house that held 60 people. When the audience was lined around the block and there wasn't enough room, I moved on to the Soft Rock Café. My first show there we passed the hat. I made more money than I'd ever seen at one time...$860.00. After that I worked there for a couple of years, sometimes up to 5 nights running.

Friends helped me make a couple of LP's, Ferron, and Ferron Backed Up. We recorded them in a 4 track radio station. I took those LP's to Michigan Womens' Festival in 1977, got linked up with Ladyslipper Music and started shipping LP's out of my basement room to the United States. Slowly an audience started to build in the US. In 1978 I met Gayle Scott, an American filmmaker living in Canada. She saw something I couldn't see. At the time I had 2 jobs and she came to a show and I was so tired I almost fell asleep on the guitar. We had a very long talk about life and purpose that went on for 14 years, and during that time, with her as my manager, we brought out Testimony (1980), Shadows On a Dime (1984), Phantom Center (1990) on our Canadian Label, Lucy Records . I can remember doing a show in Cambridge at Sanders Theater in 1984. The first show sold out and a second one was put up and also filled up. Something was happening! I played a lot of big halls between 1980-1990...Town Hall and Carnegie, in NYC, Zellerbach, Palace of Fine Arts, Davis Hall, in the Bay Area, The Opera House and Sanders, in Boston, the Queen Elizabeth Theater in Vancouver, BC, with lots more that I can't remember. I flew in a lot of planes, drove a lot of cars, saw a lot of motels and ate a lot of backstage food. Life was grand except for one thing...how does one breathe in and breathe out at the same time? I've been asked what happened between 1986 and 1990, where did I go. And for me it was a time when I had to stop and take stock and remember myself and remember where I came from and find the deep well that I was used to tapping into and fight the urge to become a parody of myself. People would call with show ideas and I learned to say no, learned to make bread and walk all over the island I lived on. I learned to value myself off a stage. Learned to face some of my childhood demons. During this time a friend submitted my name to the lottery in the USA and I was accepted and moved to America in 1987. Phantom Center (1990), was the end result of the move, all that exploration, and also represented the near ending of my 30's. I felt that I was right on time with my age group.

Not a Still Life (1992), Resting with the Question (1992) and Driver (1994) were all brought out on my American Label CherryWood Station . I had a string of shows with the Indigo Girls. I had a booking agent and toured those cd's with Shelley Jennings on guitar and Jami Sieber on electric cello. I signed a license deal with the now defunct Earthbeat Records, who then brought me to the attention of Warner Bros. Records. Warner Brothers reissued Driver and Phantom Center on their label, put me on tour with my band and we crossed the country several times. A lot of promises were made that did not come to fruition with the Warner Brothers deal and sadly, when it was all over, they owned Driver, Phantom Center, and the new Still Riot (1996). I was broke and went to live with friends who had a recording/networking institute in Bodega, CA.

I worked off my rent. We had a lot of fun. Some younger gals were over for dinner and hadn't heard of Dusty Springfield or Janis Ian or, or, or anybody from our past. That realization culminated in the making of InsideOut, a cd of cover tunes that mattered to me growing up. The time spanned between the songs Town Without Pity (1959)to Van Morrison's Crazy Love (1970). It was a blast to make, it was a blast to reclaim those songs. It was encouraging to learn that I could facilitate an inspiring writing workshop and added that to my list of things to do to pay my way. I was slowly, slowly getting over the financial hurt of Warner Brothers but several more years would go by while I struggled with direction of purpose. I didn't know how to talk about the hurt, didn't actually want to. I wanted to wait until it was all in the past. I brought out a 30 year retrospective called Impressionistic Ferron (2000), and continued to tour the smaller clubs and facilitate writing workshops waiting for my truth to come through.

In 2004 I called up my producer db benedictson and suggested that, while we were waiting, why not do another cover CD of womens' songs that I have loved...songs by Mary Chapin Carpenter, The Indigo Girls, Shawn Colvin, some of my Canadian peers. He said, "Why not make a Ferron CD?". I told him I didn't have it in me and he said he thought I did. And that's how Turning Into Beautiful (2005) began. On borrowed money, and in a shed, we got the songs together and then remotely recorded the band in an old farmhouse on Saturna Island. The farmhouse location mattered to me. It was the first place I had lived when I got to Saturna as a teenager in a foster home, it was the first place I got sane. We filled the house with 30+ years of learning the sound we wanted to hear; filled the house with the band members from Driver, Testimony, and Shadows on a Dime. We ate together, laughed together and I felt like I was finally truly home in my body, my mind and my direction.

This year I'm touring in Australia and New Zealand. I'm touring across Canada and the US. I'm hoping to get over to Europe and I've had an offer from someone to get to Africa. "Did you ever get to Africa?" she asked me, making reference to the song I Never Was To Africa (Tesimony, 1980). "Because I may have enough air travel points, depending on where you want to go, to send you." So, I like to imagine that...me in Africa, guitar in hand, spanning time, spanning continents, spanning cultures. Now, that's a picture!

Shadows on a Dime

Shadows on a Dime (re-issue)

Not a Still Life: Live at the American Music Hall

Resting With the Question 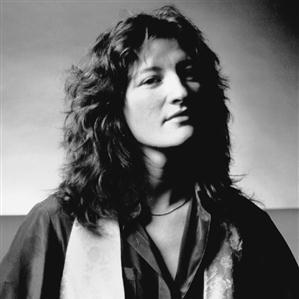