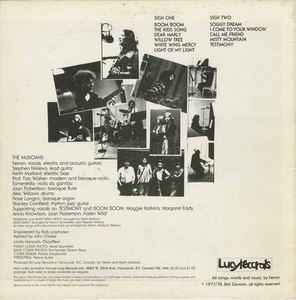 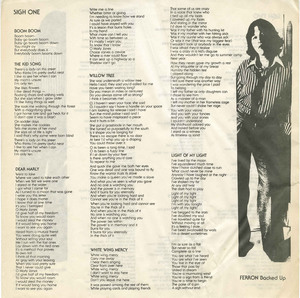 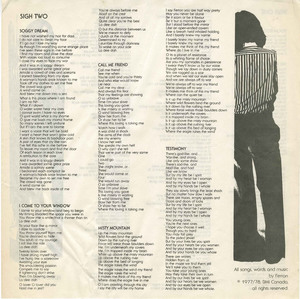 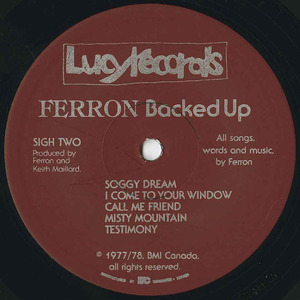 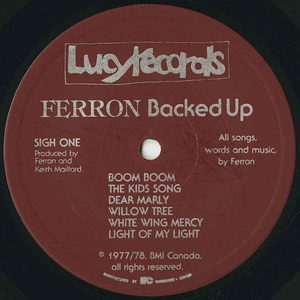 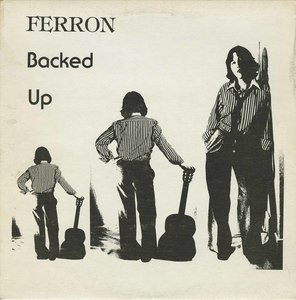 The rare, out of print sophomore recording of one of the great Canadian singer/songwriters. This album was recorded only a year after her debut album, and shows her continuing development as a writer and musician. I've read that, like her first, this was also recorded on a four-track in a TV studio, and only one thousand copies were pressed. It was self-released on her own Lucy Records.

Some of the songs might be familiar, as they appear on later records. Several appeared on Testimony, which was her third album and first major release. "Light of My Light" appears later, in her live concert album "Not A Still Life."

Ferron sounds more mature and confident on this album, in which she has backing musicians for the first time. They add some punch to her otherwise sparse arrangements, with some very emotive strings, some percussion, and lead guitar. I've heard that she was never very happy with the results, and found them amateurish, but this is probably my favorite album of hers, with the possible exception of Not A Still Life. In particular, "Light of My Light" is a favorite. In this early version of the song, it's a bit jauntier than on the later, more introspective version, but the charisma of this strange, beautiful song shines through. It was the first song of hers that I ever heard, years ago. Wanda Fischer played it on WAMC one dark, cold winter night. I remember driving along a winding, icy road from Burnt Hills when the song came on, and a full moon shone through the blackness. It's haunted me ever since.

Please check out Ferron's other music on her web site. Her new album is fantastic and so is the rest of her work.
-Johnny Desolation