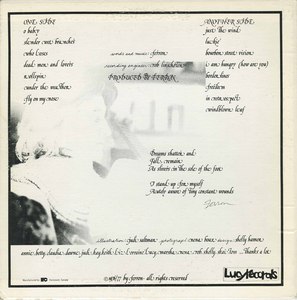 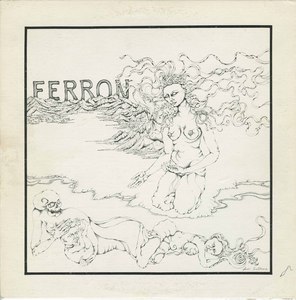 Let’s set this into context. By the 1970’s, the folk revival of the 60’s, with its combination of new, lyrically driven poetic songwriting and socially conscious topicality had morphed into the lush produced sound of James Taylor and Jackson Browne. The Women’s Music movement sprang up around the same time, partly in response to the fact that women’s issues were not being covered by the mainstream music of the time. Women like Holly Near, Meg Christian, and Cris Williamson were feminists, openly gay, and making a new type of music by and for women.

Ferron debuted at a benefit concert in 1975. She had lived a hard life – running away from home when she was 15, supporting herself and learning write and sing. Her first two albums, in 1977 and 1978, were self-produced and financed, and enabled her to record a string of critically acclaimed, professionally produced albums starting in 1980. She toured extensively and built up a large following in North America. One night, she was playing a show in Pennsylvania, and a scruffy girl in army fatigues opened for her. The girl asked Ferron if she had any advice for starting out in the music industry. Ferron said “don’t ever sign with a label.” A few years later, Ferron signed to Warner, and a few years after that, wound up broke, her albums owned by Warner, her career in ruins. The girl in army fatigues was Ani DiFranco, who of course, founded Righteous Babe Records in 1989.

Ferron’s self-titled debut was self-released on Lucy Records in 1977. Only a thousand copies were pressed, and she has since expressed her dissatisfaction with it, and her second album, “Backed Up.” I do not know what the exact status of the album’s future is, but it seems highly unlikely that it will ever be re-released. I would be curious to know if she even still has the master tapes, and what state they might be in after thirty years.

The songs themselves are brilliant and touching. A few of them are classics that have endured on her repertoire, like “Who Loses,” “I Am Hungry,” and “Borderlines.” Others have never been re-recorded, and I don’t know if they are even played in concert at all, such as ‘Under the Weather,” and “Bourbon Street Vision.”

The overriding factor in these songs is starkness. It’s just Ferron and her guitar, which I think is really the way it works best. “Not A Still Life,” her live album from 1992, is my favorite album of hers. The emotional accessibility of her live performance is touching. Here, on her debut record, you can see that same charisma. Her voice is earthy and expressive, without needing to resort to pop star tricks – modulations and high notes and perfect autotune pitch.

Her lyrical content is raw, and often openly gay. Singing a love song about a woman in 1977 was cutting edge, and as she remarked recently in an interview, her music has since come to seem squarer than it was. In Bourbon Street Vision particularly, she grapples with her sexuality with an encounter with an older woman, who is clearly coming on to her:

She said “aren’t you in to a good time tonight?”

As the moon, badly placed made me feel so uptight

“Are you looking for something to make it all right?”

She said “Look yourself in my eye, see how you lie,

I’ve been following scatters of heart-shapes to find you

And you’re in tune to color, you always have been

Mostly known for your crying for practice

Ferron in this song is scared and unsure, her fear palpable and confusing. In “Freedom,” she talks about this conflict from an early age:

Little girls in their dresses and boys in their guns

And me in some center just sitting

There is always an undercurrent of paranoia and fear in her songs. Reviewers tend to emphasize her poetic imagery, or her graceful depictions of love, but to me what sets Ferron above the rest is the unsettling aspect to her songs. “I Am Hungry” is filled with an intense awareness of what she does not have. And even the bittersweet “Borderlines” is filled with confusion – sung with sweetness, but tinged with anger. These are uncomfortable emotions, not pat love songs. Relationships have always dominated the subject matter of her songs, as we can see here, but they are rarely straightforward. Seldom in her songs does she get what she wants.

She also doesn’t sing directly about things. I read a critic once who praised her directness, but I don’t see that being the case at all. She is direct with the imagery and the statements she makes, for sure. At the micro level she is direct. But stepping back and comprehending the totality of the songs reveals greater meaning and complexity.

This album, though rough and imperfect, shows her talent from the very beginning. In fact, its imperfections make it all the more endearing. Ferron has never been about creating a distancing polish. Instead she creates an accessible intimacy that few performers have achieved. And this little album, recorded at some radio station somewhere and sold out of her basement in Canada, is where it all began.
-Johnny Desolation