Steve Dawson is an accomplished Canadian guitarist and multi-instrumentalist. Specializing in slide and fingerstyle guitar, pedal steel, lap steel, banjo and other stringed instruments, he is in-demand as a live performer, session musician, and producer.

Over the last decade, Steve has risen to prominence in the Canadian music scene with his work on dozens of acclaimed recordings and tours that have taken him around the world and across North America countless times.

Steve grew up in Vancouver, where he began to get into music in his early teens, playing in local venues with numerous bands. After a short time playing the guitar, Steve picked up the bottleneck slide guitar, citing Duane Allman and Ry Cooder as his earliest influences.

At 18, Steve spent two years at Boston’s Berklee College, before returning to Vancouver, to perform in touring original bands for several years. The Spirit Merchants were the most prominent and this band played countless gigs all over North America. His interest in acoustic music began to take root at this time, as he explored the earliest recordings of blues, jazz, and Hawaiian music from the 1920’s and ‘30’s.

In 1998, The Spirit Merchants evolved into a duo with violinist Jesse Zubot (Zubot and Dawson) that featured acoustic instruments in genre-stretching original music. Zubot and Dawson rose to prominence in the Canadian music scene over a span of 3 albums, which won many awards, including the prestigious Juno Award in 2002.

During that time, another project developed, called The Great Uncles of the Revolution, which teamed up Zubot and Dawson with 2 exceptional jazz musicians from Toronto – Kevin Turcotte and Andrew Downing. This band was also very well received in the short life of the group, and was also the winner of a Juno Award in 2003, as well as The Grand Prix de Jazz at the Montreal Jazz Festival in 2003.

Steve began his solo recording career at the same time, releasing his debut “Bug Parade” in 2001.

Along the way, friends and other artists began asking Steve to produce records for them, and in between tours and sessions, Steve started an extensive new branch of his career as record producer. After producing award-winning albums for Jenny Whiteley, Jim Byrnes, Old Man Luedecke, Kelly Joe Phelps and many others, Steve built a small facility to accommodate his recording needs and to house his unique collection of instruments. The Henhouse, as it is now known, has been the creative centre of Steve’s recording life, and he has produced many records there for artists such as Ndidi Onukwulu, The Deep Dark Woods, The Sojourners, Shuyler Jansen, John Wort Hannam, and many more. Between 2005 and 2008 Steve has been awarded Producer of the Year twice at both the Canadian Folk Music Awards, and at the Western Canadian Music Awards.

In 1998, Steve started Black Hen Music, and independent record label with the intention of releasing roots, acoustic, jazz and blues music. Over the last 10 years, Black Hen has thrived and now has a roster of almost 20 artists and over 30 releases that are distributed internationally.

Steve’s solo career continued and 2005 saw the release of the Juno Award – nominated “We Belong to the Gold Coast” which further explored Steve’s love of antique and modern sounds, mixing traditional blues and Hawaiian music with Steve’s original songs.

Over the last decade, Steve has performed at major jazz festivals (Monterey Jazz Festival, Calgary, Sasktel, Edmonton, Montreal, Manchester, and many more), every major Canadian folk festival, and many in the USA as well.

2008 saw the release of 2 solo albums “Waiting For The Lights To Come Up” – a collection of new songs, and a few traditional numbers, and “Telescope” – an all-instrumental album featuring the pedal steel guitar as the main voice. Recorded at the same time, these were 2 different concepts that Steve wanted to record with the same group of musicians. The band consisted of musical compatriots Keith Lowe (Fiona Apple, Bill Frisell), Scott Amendola (TJ Kirk, Madeleine Peyroux), and Chris Gestrin (K-OS, Randy Bachman).

“Telescope” was nominated for a Juno Award in 2009 and was the culmination of a grant that Steve received in 2005 from the Canada Council for the Arts, to study the pedal steel with Greg Leisz, the foremost player of the instrument outside of country music.

Steve’s latest production project is a tribute to the 1930’s group, the Mississippi Sheiks. This project is due to be released in the fall of 2009 and features performances by Bruce Cockburn, John Hammond, The Carolina Chocolate Drops, The North Mississippi Allstars, Bill Frisell, Bob Brozman, Geoff Muldaur, Madeleine Peyroux, and many more.

Steve currently splits his time between performances (either solo, with his band, or as a sideman), contributing to film and TV soundtrack scores (both as composer and musician), and when not on the road, he is usually in the studio, working as a session musician or producer.

Steve’s work as producer and musician has resulted in numerous accolades over they years, including 5 Juno Awards and 11 nominations, 8 Western Canadian Music Awards, and 22 nominations, and a Maple Blues award, among others. 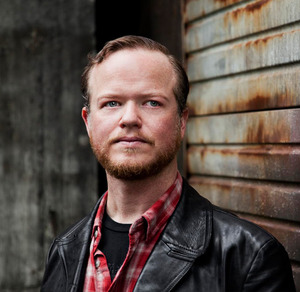