Dawson, Steve - Waiting for the Lights to Come Up 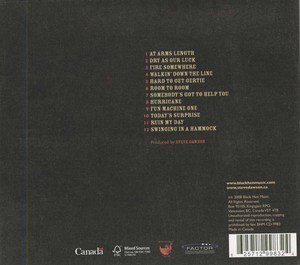 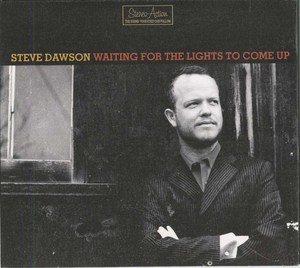 “I think of him as a Canadian version of Ry Cooder... Whatever comparisons are made, this might be one of the best albums coming out this year from a singer-songwriter unfamiliar to a lot of Americans. Dawson has a great voice to go with his fine slide guitar and storytelling, everything seeming to flow effortlessly.” – Toledo Blade

Waiting For the Lights To Come Up

“This album was a natural progression for me. I toured quite a bit when my last album, ‘We Belong to the Gold Coast’ came out in 2005. I did a lot of solo shows in Canada and Europe, and in that time I started writing new songs that I could perform on my own as well as with the band”. While Steve’s hypnotic fingerstyle guitar is still at the heart of the new material, it’s the songs that are most prevalent on this recording. Drawing from his wealth of experience with blues, jazz, rock, old-school gospel and folk music of all kinds, Dawson creates a unique blend of sophisticated roots music as only he could. Polished, but leaving the edges a little rough. Contemporary, yet utilizing sounds and instruments that could have been recorded 60 years ago. The evocative lyrics and textural guitars paint an unforgettable picture in songs like “Room To Room” and “Dry As Our Luck”, the twang of the baritone guitar underlies the foreboding of “At Arms Length”, and Steve picked up his old $50 Silvertone guitar for the searing slide that takes us on a chaotic trip in “Fire Somewhere”.

Dawson continues to explore the traditional side as well, always with a contemporary flair, or something to pull it slightly off in a new direction. He dusts off the Mississippi Sheiks’ “Somebody’s Got To Help You” and burns it down with the band in tow. “Hard To Get Gertie” and “Swinging In A Hammock” offer a take on vintage Hawaiian music, although the addition of drums, pump organ, and several electric guitars skew the context just enough. Dawson is channeling his many influences here, but he has found a unique voice within it all that has truly begun to surface.

The bulk of the new songs were written in a small period of time in between Steve’s touring and recording projects. Dawson’s production work has become sought-after for his multi-instrumental abilities and intricacies, while keeping live performance at the root of most of his projects. Jim Byrnes, Kelly Joe Phelps, Jenny Whiteley, Old Man Luedecke, Ndidi Onukwulu, and Shuyler Jansen are just a few of the many artists who have sought out Dawson in the last few years to produce, record and develop their music, and his instrumental abilities have appeared on over 75 albums and onstage with renowned artists like Long John Baldry, Bob Brozman, Geoff Muldaur, Oh Susanna, Justin Rutledge, and many others. Dawson has been named Producer of the Year at the Western Canadian Music Awards and twice at the Canadian Folk Music Awards. He has produced 7 Juno nominated albums, and has 4 Juno Awards for albums that he has produced or in which he has been a featured musician. Dawson’s unique production style, paired with his desire to create and experiment with sound has brought him to the forefront of the field.

With this wealth of experience, Dawson has taken his recording experience to new heights with “Waiting For The Lights To Come Up”. Slide guitars, pump organs, pedal steel, wurlitzers, and baritone guitars all dance and sway through Dawson’s strongest material to date.

Steve Dawson already showed up for a Sunday morning coffee, and I gave you some broad strokes about his upcoming release, Waiting for the Lights to Come Up. Dawson's solo work has always been received well by critics, but with the addition of a stellar band and a desire to write songs for them, Dawson might finally get some exposure.

It's hard to try to classify this release. He jumps around from influence to influence, but shows an amazing ability to keep the record together. The album jumps out of the starting blocks with At Arms at Length. Dawson's guitar work shimmers, but it’s the way he passes the spotlight to the band that helps this songs click. The keyboard and female harmonies dominate the first minute of the song, before relenting to the brushed drums and finger work.

It seems like simple recipe, but the way he builds a foundation for the song before exploding into brief, electric solos keeps the song constantly evolving. He's able to introduce several guitar parts, but the track never stumbles. A few well placed notes here and there, before quickly returning to the back and letting the keyboards take over again.

Dawson grew up listening to jazz, roots, rock and soul and remarkably, he's able to play flawless guitar parts in each style. His guitar work is akin to a someone with an amazing vocabulary. He doesn't use big words to try to show what he knows, preferring to use the correct words needed to say what needs to be said in just the right way. Dry as our Luck showcases his skills on the lap steel, but he adds a surprising amount of melody to the song. The notes dance around the track, but again the female vocals, drums and keyboards keep the meandering notes from wandering too far.

The record touches on inspirational, gospel soul (Walking Down the Line), blues (Today's Surprise) and roots, but it's the interesting instrumentation (Hard to Get Gertie is an amazing combination of big band and more traditional beach music and Swinging in my Hammock is a terrific guitar/accordion laced lullabye) that allows Dawson to jump genres, sometimes even in the same songs.

Despite all the talent and instrumentation, the arrangements never seem crowded. Room to Room is a beautiful track, but it's built with simple building blocks. The guitar is a gentle picked line, that dances behind the keyboard and drums but it’s the way they sound together that is so impressive.
-herohill