Barry is well recognized for her song writing talent, having won several songwriting awards and making it into the semi-finals in the 2006 International Songwriting Competition, the only Canadian to make it that far in the Jazz category. Barry's second CD These Days, which won her MIANL Female Artist of the Year and an ECMA nomination for Jazz Recording of the Year in 2005, also features four award winning songs.

Mary Barry lives in St. John's, Newfoundland where she also works as a writer/broadcaster, voice over artist, voice teacher and vocal coach.

Jazz, Blues and Chanson: "original songs that are so good they sound like standards. Newfoundland's "Jazz Chanteuse" Mary Barry is an award-winning singer, composer, teacher and a graduate of Vancouver Community College's Jazz Program. She is a bilingual artist whose music has been described as "... a gold mine of nuggets for collectors of original jazz and blues" ..."with a glowing hint of torch in her voice".

Chansons Irisées: Fulfilling a lifelong dream, Mary Barry launches her first full-length album of French 'chansons' or songs entitled Chansons Irisées. The recording is a mélange of sweet melodies, sophisticated jazz, rollicking cabaret and exotic worldbeat - a sensuous and soothing journey through the ever-changing fortunes of the human heart. 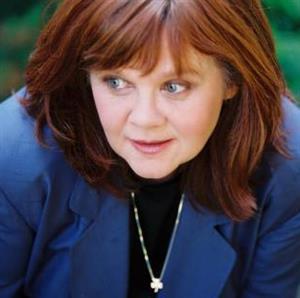