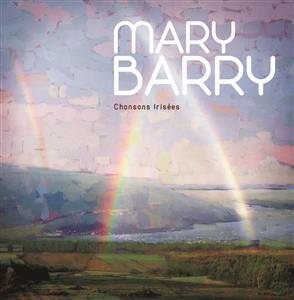 The CD was recorded at Studio Sismique in Québec City under the direction of Bruno Fecteau, the musical director and arranger for Gilles Vigneault. It features the exquisite musicianship of Michel Dubeau, Sylvain Neault, Daniel Breton, Sébastien Dubois, Richard Lavoie, Christine Bernard and Bruno Fecteau. Chansons Irisées, or songs of iridescence (like a rainbow), is a charismatic compilation of Barry’s own French compositions as well as her interpretations of songs by Québecois poet Christine Bernard and the icon of French Chanson, Édith Piaf.

A mélange of sweet melodies, sophisticated jazz, rollicking cabaret and exotic worldbeat, this album is a sensuous and soothing journey through the ever-changing fortunes of the human heart.

Chansons Irisées is the fourth album for Barry, a multi-award winning singer/songwriter who was named Newfoundland and Labrador Female Artist of the Year in both 2007 and 2004, as well as Jazz/Blues Artist of the year in 2007. She is also a two-time ECMA nominee.

“...by now we all know that East Coast music encompasses more than traditional Celtic music. A case in point is St. John's native Mary Barry, who writes and sings songs in two languages spanning jazz, blues, roots, country, cabaret, chanson, and worldbeat...with a versatile, expressive voice that strikes to the heart of whatever style of song she is performing.”
-The Record

A mélange of sweet melodies, sophisticated jazz, rollicking cabaret and exotic worldbeat, this album is a sensuous and soothing journey through the everchanging fortunes of the human heart.