Emtidi were one of the most famous German folk groups and consisted of only two people, Dolly Holmes from Vancouver, British Columbia and Maik Hirschfeldt from Bavaria.

The two hippies met in London in 1970. Together they went to Berlin to perform in the musical Hair. Emtidi was founded and the duo started to play the underground clubs of the city. Their repertoire consisted of traditional acoustic folk music. Rolf-Ulrich Kaiser, later owner of the labels Ohr and Kosmische Kuriere, heard them play and offered a record contract. The possibilities of multi-track recording enabled the duo to expand their musical style on Saat. The album is a sadly little-known masterpiece -- a unique mix of folk, art rock, and psychedelic.

Unfortunately Dolly Holmes soon left the band and went back to Canada. Maik Hirschfeldt moved to a village near Munich and formed a new lineup with Rudi Haunreiter, Georg Karger, and Franz Müller. Although they worked on material for an unreleased third LP for some years, they never did a gig again and finally disbanded because they never found a suitable substitute for Dolly Holmes. Maik Hirschfeldt quit the music scene; the other musicians founded the jazz-rock band Niagara and are still active in various jazz bands. Rudi Haunreiter later played the drums on some albums of dark, ambient synthesist Peter Frohmader. Maik Hirschfeldt organizes rallies in Africa and only sometimes plays guitar just for fun. 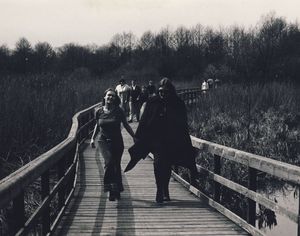 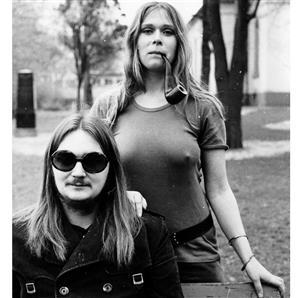