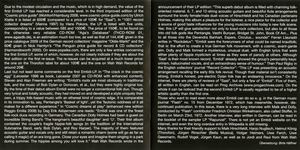 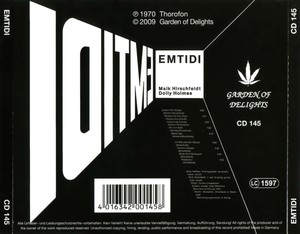 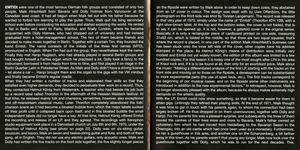 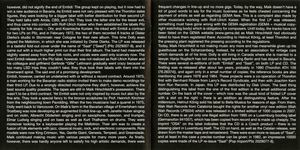 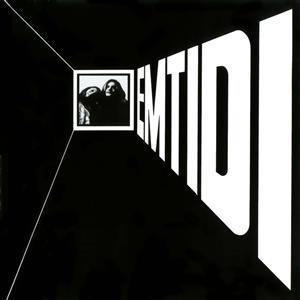 Reissue of this debut album from 1970, predating their most commonly known Saat album from 1972. "Emtidi are best remembered nowadays for their classic album Saat, but prior to that release, the duo formed by Maik Hirschfeldt and Dolly Holmes had already released a marvelous LP. This superb debut album is filled with charming folk-oriented material. 6, 7 and 12 string acoustic guitars and beautiful flute arrangements surround the lovely female/male duet voices of Hirschfeldt and his Canadian partner, Holmes, making this album a pleasure for the listener, a nice piece for the collector and a source of good taste influences for the young musicians into today's new folk scene.

Yes: this LP will give satisfaction not only to Krautrock collectors, but also to all those into old folk gods like Pentangle, Vashti Bunyan, Bridget St. John, Book Of Am... plus to all those into the Devendra Banhart, Espers, Circulus... sounds! Sung in English, it was recorded in July 1970 and originally released on the Thorofon label, which issued a very short run, thus making it one of those rare items so valued by record collectors, with the addition that for this time the music lives up to the expectations of its market price value!