“I was always a band geek as a kid,” reveals independent avant-pop artist/envied multi-instrumentalist Sidney York (aka Brandi Sidoryk) through a wry smile.

With even a cursory glance at this velvety-voiced enchantress—let alone catching a whisper of her ambrosia-laden music—one can hardly imagine York as the obligatory bespectacled outcast devoted to orchestral rehearsals.

Revered for her abilities as an enigmatic vocalist, guitarist, keyboardist, ukelele and French horn player as well as an unyielding Do It Yourself mentality, in three brief years York has levelled the world of music with a stunning independence exemplified on her eponymous 2009 debut. A rousing bastion of haunting melodies, insightful lyrics and innate creativity, Sidney York epitomizes the union of inspired creativity, dexterous ability and arresting longevity.

At that, York prepares to obliterate all previous expectations, connotations and anticipation with sophomore opus Apocalyptic Radio Cynic. Delving further into her innate ability to intertwine disparate genres seamlessly, the album's 10 songs assert the advantages of being that orchestral aficionado.

“Lacing my music with oboe, bassoon and French horn is proof that band geeks are cool,” she continues. “I've always loved woodwind quintet and to join that sound into my new indie pop world moves me, makes me giddy and makes me smile.”

From simultaneously working in dual fields of employ—flight attendant and Navy reservist—and partaking in numerous atypical experiences including competing on behalf of Canada in the World Military Games, cycling across Tasmania, working for the Royal Australian Navy, running a music festival and more, to overseeing all aspects of her personal career, it's no wonder that York's music is as comprehensive and enthralling as her own wealth of life history.

Dividing her time between Calgary, Alberta and Vancouver, British Columbia, the golden-throated maven dedicated her life to music at an early age, culminating in a Bachelor of Music Education from the University of Toronto and a Master of Music from the University of Melbourne. Still, despite such scholastic triumphs, York reveals that a major epiphany forever altered her melodic path.

“I wanted to make music where I didn’t have to always be mindful of, 'how Bach or Brahms would do it.' I wanted to do music on my own terms, propelled by my own thoughts and motivations. I can’t deny that I was also listening to a great deal of indie musicians at that time,” she concedes. “Their display of musical freedom was something that I vied for, so I started learning to play guitar, writing songs and throwing myself into awkward situations where I had to play my music for others; a self-hazing into this new musical realm.”

Her initiation flourishingly completed with Sidney York, the aural temptress instantly began working on its concise and pristine yet welcomingly warm successor Apocalyptic Radio Cynic. Taking the influences of her classical training and amalgamating them with contemporaries from Bob Evans, Metric and Woodpigeon to notables including Joni Mitchell, Corb Lund and Hawksley Workman, the album benefits from both fresh-faced enthusiasm as well as a richly prodigious legacy.

“I have a complex mix of inspiration: classical music school, playing horn in the military band and watching A&E,” she winks. “My music infuses the classical influences of my study with the incorporation of layered operatic vocals, a malformed version of a woodwind quintet and the cabaret-Kurt-Weill-like qualities that present themselves in many of my songs.”

More importantly however, with tracks such as eerie opener “Cold In Here,” hook-laden “Mile High Love” and “Dick & Jane,” a fetchingly serene title track and more, York feels it emanates with her own innate intimacy, boundless curiosity and bold adventurousness.

With a host of bestowments including Best Untapped Newcomer, Best Video for “Stalker,” featured rotation on the Bravo channel's video playlist as well as 200 live shows in a single year—booked and arranged autonomously—that have pushed over 2,200 copies of Sidney York into ravenous hands, this minstrel's prowess, divinity and dedication are more than paying off. They're ingraining her velvety voice, virulent harmonies and swoon-worthy visage in minds across the nation.

Regardless, York feels that with as much as she already knows and adores about music, there is much more to learn in this world, experiences she aspires to enjoy and amass on the heels of her latest coup, Apocalyptic Radio Cynic.

“I love to learn. I was a school junkie and still would be if I could,” she concludes reaffirming just how deeply that “geek” strain runs. “I ask questions to everyone because I feel like my music career is a quest and I need to ask everyone on my path their opinion, advice, expertise…I’ve always wanted to do it all—life spills out of me. My life spills out of me and I can’t imagine living it any other way.” 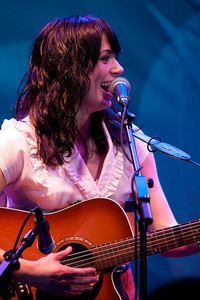 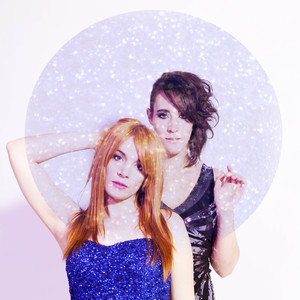