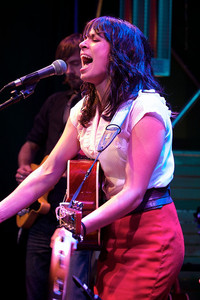 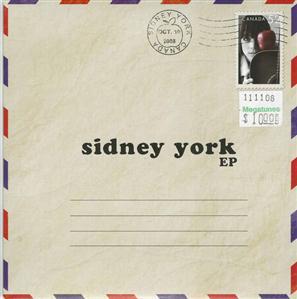 Sidney York has her hands full, but she’s not complaining. Following a summer of firsts last year – releasing her first full length album, first performance at Colonial Days and first Canadian tour – the folk artist hasn’t slowed down.
York has already wrapped up a second cross-country tour and even performed in February at the Olympics in Vancouver on the Alberta Stage.

“It was such a good experience, such an honour and just the energy of everyone in Vancouver – it was a really inspiring place to play,” she said of the once in a lifetime opportunity.

She’s working hard on her second album now, while wrapping up a music festival she co-organized this past weekend on Whyte Avenue in Edmonton featuring over 100 artists. And she’ll likely be eyeing the road soon to tour following a quick trip home.

The eclectic and edgy artist will be returning to her roots, performing at the Wayne FM Garden Court Stage in the Stockade Convention Centre three times a day, from Wednesday through Friday. Fans can expect to hear familiar songs from her debut album and a sneak peak of what’s to be recorded on her new album.

The award winning songwriter said she is shaking things up on her new album, working with more producers and embracing a new direction.

From bass to piano, guitar and even french horn, York said she is playing most of the instruments for her upcoming album on her own, creating a bigger sound. She’s also enlisted the help of friends to provide the sounds of bassoon and oboe to her music.

“The trend is often to add strings to an album and for me I grew up more listening to wind music so bassoon and oboe are really good substitutes for strings, like cello and violin. My bassoonist is actually from Lloydminster as well, which is kind of funny and that’s where we met, in Lloydminster,”she said.

York lists bands such as Iron and Wine, The New Pornographers and orchestral music as driving influences for her new music, particularly indie band Ohbijou.

“It was really listening to their album that kind of got me hooked on the album of having very subtle, but very purposeful orchestral settings of songs and have it still sound like something new and different. I just became really attracted to that sound and it was something that I wanted to employ in this album,” she said.

“(Colonial Days) will definitely be somewhat of a preview of what’s to come on the next album.”
-Katie Ryan