A new CD from Jenny Whiteley (pronounced “White-lee”) is always something to celebrate, but for her growing number of fans, the release of Forgive or Forget will prove more than worth the wait.

Those who have heard Jenny sing as she’s crisscrossed Canada and the U.S. over the past dozen or so years know that an evening spent listening to her songs is like a long-delayed meeting with an old dear friend. Laughter and sorrow are shared, barriers dissolve, and life’s burdens suddenly don’t seem so heavy anymore.

Great music has the power to heal, and if Jenny’s concerts are like a reunion that passes all too quickly, her CDs take their time and sink in deeply like a letter from that same long lost friend to be treasured and re-read over time.

Forgive or Forget features nine original new songs, plus a cover of Felice and Boudleaux Bryant’s “Raining in My Heart” originally recorded by Buddy Holly, that sound not so much written as torn from the cloth of hard won experience. Whiteley’s integrity and commitment emanate from every syllable she sings as she shares her tales of life on the road less traveled. Her voice has taken on a deeper resonance than ever before as she takes her time to share what may be the best collection of songs she’s ever offered.

Jenny Whiteley often jokes that she was a late bloomer and didn’t fully commit to music until the age of 24, but she’s been making up for lost time ever since. She first came to national attention while singing and playing with Heartbreak Hill, the groundbreaking bluegrass group from Ontario who were nominated for a Juno Award (Canada’s Grammy) in 1999. But, that was an honor that had to wait until her self-produced debut came out in 2000 and Jenny won the “Roots Album of the Year” award. By 2003, things really got rolling with her second Juno-winning release, Hopetown, the first CD produced by Steve Dawson for his Black Hen Music label, marking the beginning of a fruitful and productive working relationship that continued with 2006’s Dear and has reached its highest point with Forgive or Forget.

The songs on Forgive or Forget trace the arc of love relationships as they wax and wane with the passage of time. From the optimistic joy of love’s new sheen reflected in “Ripple Effect” to the decline and fall of “Cold Kisses” and “Final Season,” Whiteley proves that there is a place for heartfelt love songs that reflect the realities of an adult world. As deeply personal as Dylan’s Blood on the Tracks, these songs of love, renewal, and dusting oneself off to start all over again will send shivers down listeners’ spines no matter how many times they’re played and heard.

Like all of Steve Dawson’s productions, Forgive or Forget is full of stellar instrumental performances. Grounded by the rock solid rhythm section of John Raham (Be Good Tanyas/Po’Girl) on drums and Darren Parris on bass, Whiteley and her band travel through some very exhilarating musical territory as they bring these songs to life. Dawson’s heartfelt pedal steel that graces “Day Without Words” and Joey Wright’s (Sarah Harmer) impassioned archtop guitar and mandolin work on “Slack” and “Raining in My Heart” show that Jenny hasn’t forgotten her bluegrass roots. Add to that the crunching electric riffs that punctuate “Final Season” and “There Was Love”, and it’s obvious that Forgive or Forget is a string lover’s delight. And, as if to prove that good music stands outside of time and fashion, the album features an array of keyboard textures ranging from funky organ wails to ‘70s Mellotron flourishes contributed by Chris Gestrin. (Randy Bachman/KOS).

Four years in the making, Forgive or Forget is more than worth the wait. As a reward for her faithful fans’ patience, Jenny Whiteley has returned with what is surely the best album of her career. For those familiar with her music, it is a perfect addition to her already impressive canon of songs. For those new to Whiteley’s art, Forgive or Forget is the perfect place to start the journey. Listening to it is an experience not to be missed. 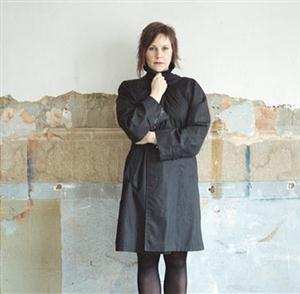