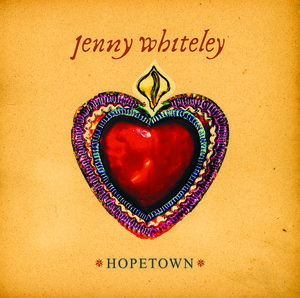 Canadian chanteuse Jenny Whiteley plays the kind of traditional yet sophisticated country music that predecessors like Emmylou Harris and Loretta Lynn have made their name on, and her roots in roots music run fairly deep in the Great White North. Her dad, Chris Whiteley, is a respected roots music figure in Canada, and Jenny herself started out in Heartbreak Hill, a celebrated traditionalist bluegrass act that took home a Juno (Canadian Grammy equivalent) in 1998. There's more of that burnished, well-crafted stuff on Hopetown, which also establishes Whiteley as a top-notch songwriter in her own right. The slow, beautiful simmer of "Burning of Atlanta," with its lashes of dobro and downtrodden sentiments, kicks off the album, while "Halls of Folsom" dares to confront a songwriting Goliath but lives up to the challenge, evoking the kind of loping drive and limber vocals of Lucinda Williams at her best. "Circus in Town" has the kind of slow, hazy, beautifully obtuse feel of early Gillian Welch, while the nimble "Needle in the Haystack" is straight-up traditional bluegrass. Hopetown is evidence enough that Whiteley is an expansive roots music talent, able to stand with the best of the American No Depression set. There's not a loser in the bunch on this album, and Canadian songwriting giant Fred Eaglesmith (often considered a sort of Maple-leafed Springsteen) offers his stamp of approval here with the co-write "Hallelujah."
-Erik Hage