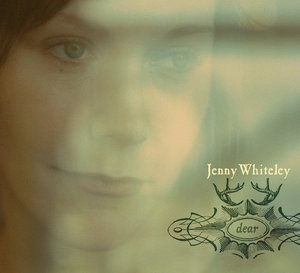 Once again produced by Steve Dawson, "Dear" is blessed with many of the same musicians that appeared on "Hopetown", including Amy Milan (Stars, Broken Social Scene), Dan Whiteley, Joey Wright (Sarah Harmer), Chris Whiteley, and many others from the rich Canadian community of roots music. Blending folk/roots style and instrumentation with contemporary production elements and sounds, a timeless and unique sounding album has emerged.

Opening with the heart breaking "Indoor Lightning" and ending with the equally heartbreaking "When It Rains I Pour", Dear is 12 songs strong. From toe tappers like "Banjo Girl" and "Yellow Couch" to a duet with Jim Byrnes ("The Other Side Of Life") and the slow anthem of "Write Me Away". There is a wisdom and depth to these songs that belie the gorgeously simple delivery and through it all Jenny’s beautiful voice takes center stage. "Dear" laughs, and it cries. It says hello and it says goodbye. In short these dozen new songs are everything one could hope for from this Canadian songwriting treasure.

Since the beginnings of Jenny’s old band, Heartbreak Hill, in the late nineties, she has been singing, writing songs, and playing music for a living. Jenny has toured all over North America, playing historic venues and premier festivals, sharing the stage with and some of her heroes along the way. Jenny is also the driving force behind the successful touring road show ‘The Hootenanny’ which brings together songwriters such as Jenny, Oh Susannah, Carolyn Mark, Shuyler Jansen and many others for cross-Canada tours. Watch for Jenny on in Canada all through the fall.