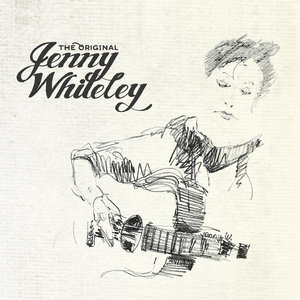 Jenny Whiteley grew up in a musical family in Toronto Ontario. Her father and uncle, Chris and Ken Whiteley, started playing music together in their teens, and went on to form the popular Original Sloth Band in the heyday of Toronto folk. As "the kids" Jenny and her brother Dan were always along for the fun at festival and concerts, soaking up all the sounds and influences of folk, old time and blues.

It wasn't long before Jenny and Dan were exhibiting signs of family genes and were asked to sing on recordings for children, including Raffi's seminal albums More Singable Songs and Baby Beluga, both produced by their uncle Ken. Out of the children's music boom, the Whiteleys were inspired to form Chris and Ken Whiteley and the Junior Jug Band, recording three albums in the 80s and 90s. The siblings became an integral part of the band, with Jenny on washtub and Dan on drums. JJB was nominated for a Juno award and garnered a rare “gold” cassette for sales.

After high school, Jenny moved to Montreal to study anthropology at Concordia, continuing to travel to Ontario most weekends to perform with the more ”grown up” version of the JJB. At home in her apartment in NDG, Jenny taught herself a few guitar chords, and was beginning to write some songs.

Jenny was invited to take part in a recording with Intrepid Records - a tribute to Joni Mitchell called Back to the Garden. More offers of recording got Jenny thinking about taking up music in a serious way, and brought her back to Toronto. She started singing and playing with her friend Dottie Cormier, and the two soon developed a small repertoire of bluegrass and folk songs.

A trip to Merle Watson Festival in North Carolina solidified Whiteley’s love of the bluegrass genre and soon Dottie and Jenny had recruited banjo player Chris Quinn and mandolin man Dan Whiteley to round out a foursome that became Heartbreak Hill.

Heartbreak Hill was asked to take over a critically popular, but poorly attended, weekly show at the Silver Dollar Room in Toronto. The band used the live performances to hone their aggressive and playful style of bluegrass and the venue soon became one the must-see shows in town, and a meeting ground for musicians living in or passing through town.

High Lonesome Wednesdays at the Dollar was a huge hit - Heartbreak Hill went on to make a self-titled album which grabbed the band the only ever Juno Award nomination for a bluegrass group, in 1998. The bandwas featured in such well-known publications as Billboard and No Depression and graced the covers of many weekly papers, including Now Magazine.

While still touring with the band, Jenny began writing in earnest, and had many songs that would not be used for Heartbreak Hill. Her uncle Ken offered some sessions in his Casa Wroxton recording studio as a birthday gift. Jenny recorded and co-produced her first solo effort “Jenny Whiteley” in 2000. The album won rave reviews and the Juno Award for Roots Traditional Album of the year. The album featured the twangy, bluegrass, country side of Jenny`s writing, and led to several CMT videos.

Jenny`s follow-up record was her first with producer and friend Steve Dawson. It featured folkier themes with edgier sounds. Remarkably, this record, titled “Hopetown” won the Juno for Roots Album in 2003, making Jenny one of only a few artists to win Junos for their first and second recordings.

In a change of pace from life on the road, Jenny moved up to her century old farmhouse in the Lanark Highlands, continuing to record with Steve Dawson and his record label Black Hen. Her next two albums Dear (2006) and Forgive or Forget (2009) earned shining reviews from critics in North America and Europe. Jenny pursued other interests in event planning and live music production, including the very local Elphin Roots Festival.

Jenny has been inspired in her latest project to channel her early influences and musical life - her brand new recording “The Original Jenny Whiteley” includes several originals “in the style” of early jazz, jug band and old time music. There are also some of Jenny`s live “hits” here, including In The Pines and Stealin`. The recording sessions were all done live off the floor at H. Chris Brown`s Wolfe Island Post Office Studio, with producer-musician Sam Allison and Teillard Frost (Sheesham and Lotus).

Jenny is currently living in France with husband and musical collaborator Joey Wright and their two daughters. She will return to Ontario in the summer of 2016 to begin touring “The Original Jenny Whiteley”.