Recognized by his peers as one of Canada’s best performing songwriters, Lennie Gallant is a native of Prince Edward Island now living in Nova Scotia. This prolific songwriter has recorded nine albums (seven in English and two in French), which have won him a host of awards and nominations from both the JUNOs and East Coast Music Awards. His album, "When We Get There" was nominated for a JUNO Award and went into space aboard Space Shuttle Endeavour in July 2009. Canadian astronaut Julie Payette chose the album for the astronaut crew to enjoy.

Gallant represented the East Coast of Canada at "Canada Day in London" in Trafalgar Square on July 1, 2011 in the largest Canada Day celebration outside Canada's borders. He performed 6 shows at the Vancouver 2010 Winter Olympic Games, including a performance at BC Place during the medal ceremonies.

He was inducted into the Order of Canada where it was said, “Gallant has garnered much respect for his hard hitting songs chronicling the lives of people dealing with tremendous adversity and serious issues. Songs like “Peter’s Dream,” “Island Clay,” “Man of Steel” and “The Hope for Next Year,” articulate the feelings of many caught up in desperate situations beyond their control, and at the same time celebrate the beauty of lifestyle and landscape with their strong poetry and stirring narratives.”

While he says he is much appreciative of this kind of recognition for his work, Gallant feels the best part of being a songwriter is the moment of creation. “When you really feel locked in with the ability to tell a story or convey an emotion in a unique yet, hopefully, a universal way.” Other artists obviously believe in Gallant’s writing abilities as over 30 artists have recorded his songs internationally, including Jimmy Buffett. "I have always wanted to bring Lennie Gallant’s music to the forefront.” says Jimmy Buffett. His songs have also appeared in feature films, some of which include Canvas, which stared Academy Award-winner Marcia Gay Harden (Mystic River) and Joe Pantoliano from The Sopranos (“Mademoiselle Voulez Vous Danser”, recorded by Jimmy Buffett), Conquest, which stared Lothaire Bluteau (theme song), Sigh and a Wish: Helen Creighton's Maritimes (feature), and The Bellinger (wrote sound track). His songs have been used in television series - Dawson’s Creek (“Northern Lights”), Joan of Arcadia (“Something Unspoken”) and in numerous theatrical productions.

In addition to writing all the songs on his nine albums, he co-wrote the theme song for the first World Conference / Congres Mondial Acadien ("Acadie de nos couer"), and for Pier 21, Canada’s immigration gateway. He was also asked to write a song for Halifax’s 250th anniversary ("History is Happening Now"), which was then performed with a choir of 2000 voices on one of the two bridges spanning the harbour.

Having previously recorded albums only in English, and despite limited knowledge of French, for his 6th release, Gallant fulfilled a long held dream of writing and recording an album in the language of his Acadian roots. Gallant said “I worked extremely hard on that album as I wasn’t interested in releasing something that was just a pretty good effort for a guy who grew up speaking English. I wanted it to be accepted as a bona fide French language recording that would stand up beside other albums out there.” It seems Gallant was successful in that quest as the album, “Le vent bohème,” won "Francophone Album of the Year" at the 2003 East Coast Music Awards, and "Acadian album of the Year" at the Gala des Étoiles. "It's an absolutely wonderful CD (Le vent bohème), the lyrics are powerful and the music is sensational.” - Bernard St Laurent, Radio Canada. The album led to Gallant being invited to perform for a week with the Acadian theatrical phenomenon “Ode L’Acadie, a musical revue featuring exceptional young musicians and singers performing works from the cream of Acadian songwriters.”

As a performer, Gallant’s intense delivery reaches down to the very soul of his audience, moving effortlessly through stirring narratives, comic observations, and hard driving rhythms. He has toured extensively internationally, playing festivals and concerts accompanied by roots rock bands, and in acoustic settings.

He has shared the stage with such accomplished songwriters as Lucinda Williams, Roger Hodgson (Supertramp), Patti Griffin, and Ron Sexsmith and has represented Canada at songwriter events in Nashville, London, and Texas. “Our northern neighbor has given us some of the best songwriters living today. You can add Lennie Gallant to that list.” The Performing Songwriter, Nashville.

If We Had a Fire

If We Had a Fire 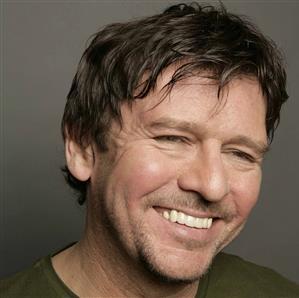