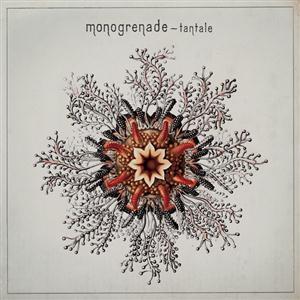 The better part of Monogrenade’s first album Tantale was recorded in a chalet in the woods of Piedmont, Québec. Available March 1st on Bonsound Records, the band’s first full-length album is an evolution from prior EP La Saveur des Fruits in a number of ways: a more 'organic’ approach, four-piece string ensembles, samples, synths and a wider sonic palette. Monogrenade ’s charm is the result of a studied mix of various musical genres: folk, rock, instrumental and experimental. Asymmetrical arrangements, heavy electro accents, and chorus vocals mark Tantale as an assured and unique album full of idiosyncratic energy.

Trying to pinpoint an overarching theme in Monogrenade’s lyrics is tricky business. The band instead revels in ambiguous and evocative imagery. Their songs allude to various moods and frames of mind – sometimes somber, sometimes old-fashioned, almost always poetic. The members of Monogrenade paint pictures of children escaping in submarines under cover of night, of finding warmth in the forest, of fear in the beginnings of love and of the impish urge to always push the boundaries of what’s acceptable.

Classically-influenced by composers such as Debussy and Chopin, Jean-Michel cites his piano-teacher mother as an inspiration. It is in fact due to her wonderful Chop-Suey that he found the strength to finish the album one night when, he says, everything in the studio started to sound the same to me!