Formed by Marianne Houle, François Lessard and Mathieu Collette, Monogrenade first saw the light of day when Jean-Michel Pigeon took a big step by unveiling his compositions. Author and composer since the very first days, it still took Jean-Michel a whole year and a half of playing guitar with Winter Gloves before he realized that his place was somewhere else, in the centre of his own musical inspirations. Composing a total of 8 songs together, in 2009, Monogrenade presented their first EP La saveur des fruits which was very well received by the critics and the public. Carefully produced but lively, varied arrangements… "Queb" industry, take note: this is how we make modern pop in 2009, exclaimed Nightlife Magazine, shortly after their discovery of the EP. Afterwards, Christophe Collette, Mathieu's brother, directed a breathtaking stop-motion video for the song Ce soir. The video became a viral hit and has gained over 175 000 views! Not bad for a first clip from an unknown band!

In 2010, the band signed a record deal with Bonsound Records and particpated in Les Francouvertes where they reached third place. Taking advantage from the exposure of the contest, the band ended the year with a few concerts throughout the province, with a notable intimate FrancoFolies concert, on a starry night in front of an attentive and charmed crowd. In November of 2010, they took part in the M for Montreal event and gave an amazing performance. The French delegates who were present were completely blown away and the band received countless offers to play in France. Surprised and happy, the band pursued the recording of their first album which is to be released on March 1st on Bonsound Records. 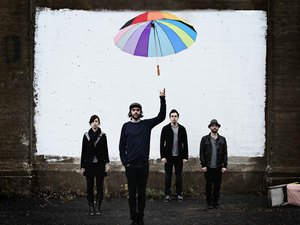 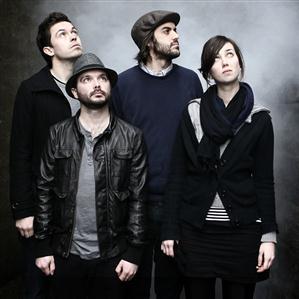