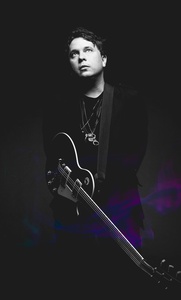 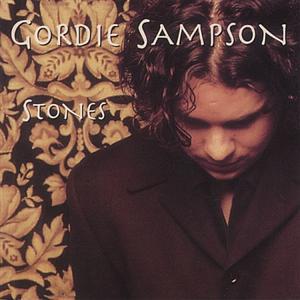 “Studded with radio friendly tunes…extraordinary musicianship…an invigorating and intense album…uses a mix of acoustic and electric instruments to build a rich, pop sound…vocals that betray an irresistible enthusiasm…”
-Daily News

“Sampson’s short set before the Rankins took the stage spotlighted a new voice that’s ready to break wide open, a Canadian who sings with the emotion of Van Morrison.”
-The Ottawa Sun

“Sampson’s fresh, raw talent was charming as he performed four songs from his upcoming album. This talented guitarist, who reminds one of Bruce Cockburn, may not have a familiar face, but his songwriting credits are recognizable…”
-The Calgary Sun

“Sampson delivered a powerful performance with strong material and an expert band.”
-The Chronicle Herald

“Gordie’s mainstage showcase performance blew everyone away and earned him the media award for Best Showcase Artist.”
-What’s Goin On

“Sampson is a soulful singer with major star charisma.”
-The Daily News

“…played a cool selection of urban folk tunes…he did exactly what opening acts are meant to do: open up the ears of the crowd…his energy was felt as he later joined the Rankins…”
-The Edmonton Sun

“The charismatic Gordie Sampson, as music director, has put his stamp on the revue. The sound is a propulsive contemporary Celtic pop, a jamming together of traditional and rock-pop that is exhilarating. Sampson’s final arrangement of Purple Heather is passionate.”
-The Mail Star

“A memorable and delicate guitar solo from Sampson who also pulled out a hot electric lead solo.”
-The Edmonton Journal

“Cape Breton native Gordie Sampson rocked the crowd with a selection of original material. Opening with his next single ‘Sorry’ he owned the audience right up to his finale with ‘Still Workin’ on a Dream’ and was sent off with a standing ovation.”
-ECMA ’99 Music Notes

“Producer Gordie Sampson’s arrangements are fresh, and the few trips into the slightly experimental are thrilling.” (In My Hands – Natalie MacMaster)
-Boston Herald

“The second star of the game is producer, songwriter, guitarist Gordie Sampson.” (In My Hands – Natalie MacMaster)
-Telegraph Journal