Gordie Sampson is a musical whirlwind, perpetually creating – a brilliant writer, an innovative producer, and a dynamic performer.

Gordie's musical genius is applauded by audiences and industry players alike. From his national debut in the early 90's to his presence today on the Nashville writing scene where international recording stars are discovering and recording his material including Faith Hill “Paris” , George Canyon “ My Name”, Keith Urban covering “The Hard Way” and “ You (or Somebody Like You) and the #1 Billboard single by Carrie Underwood “Jesus Take The Wheel”.

Gordie's second solo recording; titled Sunburn is an intelligent, original and compelling hook laden cd. From the weary truth of the title track Sunburn to the aching melancholy of Paris, it has been worth the wait for avid fans of this musical phenomenon. Sunburn, has garnered him a Juno nomination for Songwriter of the Year and numerous East Coast Music Awards.

Sampson’s certainly no stranger to the music scene. As a co-writer, guitarist and singer, Sampson played a key role in the Canadian Top 20 success of pop/rock band Realworld in the early 1990s. Gordie then shifted his attention to the more traditional music of his native Cape Breton Island and soon found himself working with the top traditional acts of the day. He continued to expand his horizons by working as musical director for stage and television productions and honing his skills in the studio.

For the Few and Far Between 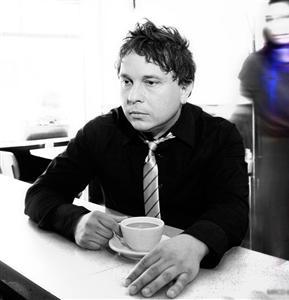