She’s also pretty funny, a 3 minute standup routine is at the top of her bucket list.
Lynn has 15 albums to her credit. She won a Juno award (Canadian Grammy)in 2003 for Roots Traditional Album of the year, and went on to be nominated in the same categories in 2011 and 2006. She is also the recipient of 6 Canadian Folk music awards including 3 for songwriter of the year. Her 2 most recent awards we given to her duo THE LYNNeS for songwriters of the year, and ensemble of the year at the 2018 Canadian Folk Music Awards. In 2016, Americana artist Clair Lynch recorded Lynn’s song “Black Flowers” on her Grammy nominated album “North By South”.
Lynn estimates she’s written about 900 songs, she’s never done an official count.
She has produced 5 albums for other artists including two critically acclaimed albums by her duo partner Lynne Hanson.

Lynn tours as a solo artist, also with her stellar guitar player Keith Glass, and with her band. She also tours with the LYNNeS. Lynn performed her music with arrangements by Peter Keisewalter with the National Arts Centre Orchestra in Oct. 2018.

Lynn created a “Winter/Christmas” show that she has performed for the last five years. There is a CD of the live recording “Winter” complete with strings, which she wrote the arrangements for. In the five years since the show has been performed she has raised over $10,000.00 for local charities with her “ugly sweater” raffles. Her mom Irene designs the sweaters to be "as hideous as possible".
Her song “What If You Were a Refugee” is available on iTunes and all proceeds of downloads go to agencies that help refugees.

She gave a presentation on Musicians and Mental Health at the 2019 Folk Alliance International conference and her writing has appeared in issues of Penguin Eggs Magazine.

Here’s what James Diaz of Anti-Heroin Chic has to say:
The music of Lynn Miles is truly one of a kind. Not only is she one of Canada's best singer-songwriters, she's one of the best, period. Folk music has many voices but hers is a voice that stands out, it's a voice that knows the ways and long twisting back roads of the world, a voice that has lived and conveys that living through every song. It's a voice we all know. It sings of love, loss, coping, travel, sense of place and purpose, broken promises, what get's us through, what doesn't, how we defy the odds, making a perfectly beautiful human mess of things along the way. As she sings in one of her songs, "It's not the hurt, it's what you've built around it, it's bitter and it's tall, you practice being cool and confident for so long now, you got yourself a wall, not everybody's gonna understand, so that's why they might say, try not to be so sad." Lynn's is a music that understands, that breaks through the wall around our hearts and speaks truth to our lives. New York Times music critic, John Pareles wrote that Miles' music "makes forlorn feel like a state of grace." I couldn't agree more.

Night in a Strange Town

Live at the Chapel 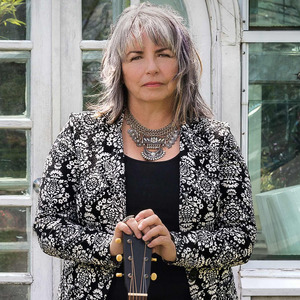