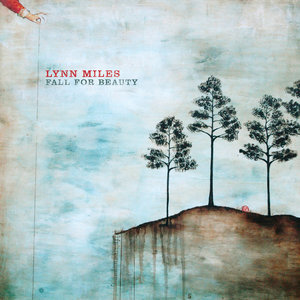 Ottawa, Canada, might just be a big city just shy of one million people, but it often feels like a small town. You’ll be walking down the street to work and inevitably bump into someone you know, and exchange a few pleasantries. Well, seeing that she’s from the same burg that I currently reside in, I can say that I’ve had an encounter with country-folk singer/songwriter Lynn Miles. Just one, but it was an enjoyable experience. My memory is a little bit hazy, but it came not long after September 11, 2001, and I think she was playing some sort of benefit concert surrounding that horrible event. I was working briefly as a scribe for the local alt-weekly newspaper, the Ottawa Xpress, and I believe I was doing some sort of short article that I’ve long since misfiled about this particular concert. I wound up attending it to get some quotes. I needed words quickly from someone who was playing the show, and I eventually got routed to Ms. Miles backstage. It was a short interview, but the thing I remember is she was natural and relaxed, considering she was about to go on stage, and actually wanted to talk to me, which I found refreshing. (Don’t get me started on the jerk drummer from the Jeff Healey Band who blew me off for a statement after playing a small town festival that I was covering for a tiny newspaper years earlier.) I don’t remember what she said or much else of our brief exchange, but she struck me as a genuinely down-to-earth, good natured person who seemed to really enjoy talking to people.

So it is with a great deal of pleasure that Miles’ eighth and latest studio album wound up crossing my desk some 10 years after my brief run-in with her. Since then, Miles has gone on to some level of acclaim in her homeland, notching up a Juno Award (Canada’s answer to the Grammy Awards) for her early album Unravel in the category Best Roots and Traditional Album of the Year, Solo. However, she is still something of a mensch who hasn’t let success go to her head, as she has been known to play the occasional gig in people’s living rooms.

Miles isn’t reinventing the wheel with her brand of somewhat folksy, somewhat country, finger-picking guitar. In fact, it crossed my mind while listening to Fall For Beauty that you could probably swap the title of the album with Car Wheels on a Gravel Road, and no one would be the wiser. (That is not to say that Fall For Beauty matches the brilliance of that Lucinda Williams record, but the genre of music is similar.) Still, Miles is a solid, dependable songstress, and if you are even remotely interested in what rootsy Americana by way of Canada sounds like, Fall For Beauty is an album, with a few flaws, worth checking out.

Miles was known, especially early in her career, for writing melancholic songs about love and all its failings. That seemed to change with the release of her 2005 album Love Sweet Love, described by the Toronto Sun as “sweet, thankful, hopeful, [and] even content”. That trend continues to a degree on Fall For Beauty, particularly on the rousing opening number “Something Beautiful”, which in its verses is pessimistic in its outlook on humanity. Yet by the chorus Miles sings, “we’re so tired of the trouble / tired of the push and the pull / we want something / give us something / we want something beautiful.” Later, on the shuffling “Little Bird”, Miles relates the tale of someone “more afraid of living than dying all alone” to whom she encourages to “rise up little bird and sing your little song, and show the whole world that you belong.” Likely the record’s highlight, the Linda Ronstadt-sounding “Love Doesn’t Hurt” tracks the trajectory of a relationship and the conflicting types of abuse that could come as a result of it. It’s a stark and bare song, but one that is ultimately uplifting in picking apart the things that love shouldn’t do, like “cut you or slap your face, leave you a scar that you can’t erase”. Also notable is the country-flavored “Goodbye”, a duet with fellow Ottawa musician Jim Bryson, who had a fair amount of critical success last year with his collaboration with the Weakerthans, The Falcon Lake Incident.

Where Miles stumbles is when she reaches out beyond the standard folkie country vibe of much of the album, and tries to add a few new colors to her tapestry. Her voice on “Cracked and Broken” recalls that of ‘80s Canadian indie pop maverick Jane Siberry, but it falls against a somewhat Biblical backdrop with a military marching band drumroll that seems out of sorts with much of the rest of the album, despite the presence of a banjo. The song seems like an American Civil War anthem in its general vibe, despite being a love song. Then there’s the final cut, the incompletely-titled “Time to Let the Sun”, which seems to belong on another album altogether. It is essentially a Broadway showtune that intersects with the cosmopolitan country sound of Patsy Cline. While it is a sunshiney end to the album, with syrupy strings, it is at odds with the bluesy guitar that punctuates the song.

It’s tough to single out these songs as flawed, not least from the fact that Miles is seemingly such a nice person.You do want to award Miles some points for moving out of her comfort zone, and there is a kind of widescreen panorama to these tracks that draws you in despite of their failings. However, Miles is best when she sticks to her shtick: crafting lovely country-folk harmonies that you can easily down a glass of whiskey to. If anything, Fall For Beauty is a bit of a mixed bag with its own discernible set of peaks and valleys, but it does help to re-establish her as a consummate performer of a high caliber. Miles’ work here is strong enough to make this Ottawa boy particularly proud of some of the things that are going on in his backyard. That may be a cheerleader-like recommendation for the home team, but so be it. I enjoy Miles’ humility as a performer, and the world could ultimately use more entertainers who are as homely, if not as talented, as she undeniably is.
-Zachary Houle, PopMatters