The original press release from June 1, 1982, announcing the release of land of giants debut single Cannibal Dolls/ Seven Men opened with the line; “land of giants - three talls and a girl”. It went on; “Their combined heights are twenty four feet and one inch. From this elevation they are granted perspectives that lesser groups can only dream of.” It ended with; “Their debut single is a rarefied and effortless blend of technology, timing and great height.”

Heady stuff – but then again it was a time of style over substance. The minimalist electro pop band featured Anya Varda (vocals), Henryck Jesiak (synthesizer), John Tucker (programs and synthesizer) and Marc Wonnacott (synthesizer and back up vocals). Jeff Packer of Boys Brigade made a guest appearance providing extra percussion.

That summer, the single was a top hit in Toronto's alternative clubs and receiving regular airplay on alternative radio. That July in Germany, there was a review of the single in Guerilla Beat and that opened the door that made the single available in small numbers through Polydor Germany as an import that Christmas. In New York City the single made it on to the turntables of some of that cities hippest clubs. In September, they recorded Thing Called Love, Fountains, and I Will and a video was shot for Cannibal Dolls (unfortunately now lost). Supplies of the original pressing of the single had run out by Christmas and since the band was talking to record companies the decision was made not to press further copies. Instead the band concentrated on recording further demos. Shortly after that, rumour has it that John Peel played the single on his BBC radio show early in 1983. The next recording session early in 1983 brought a rocky Security Squad, featuring John Tucker on guitar, and an early rap fusion Fire with Fire that had John Tucker rapping alongside Anya's vocals. Music historians might find it interesting that Kenny McLean of Platinum Blond fame joins in on the backing vocals. Later in the spring of 1983, John Tucker became one of the first in Canada to own a Fairlight CMI (computer musical instrument) and land of giants started experimenting with the new technology, which resulted in Just Yet. Rusty Egan of Visage, and Midge Ure of Ultravox fame both expressed an interest in producing the album, but talks with the record companies fell through later in 1983. John Tucker's commercial music business Keen had started to blossom and he left to concentrate on that.

The remaining members took some time to regroup and re think things. A new member (Jon Andrews) was brought in to attempt to put together a live show. This didn't pan out although Jon, Henryck and Anya recorded a three-song demo, under the land of giants banner in the spring of1984. Marc Wonnacott returned to the project at the end of 1984 and later that winter he and Henrych built a studio in Henryck's dining room where they recorded Room with A View, and Key To Your Heart in early1985. Again the tape was well received by the industry, but again, they wanted to hear more. Unfortunately, time had run out for land of giants and everyone decided it was time to move on to other ventures.

Today Anya lives in Los Angeles, Henryck lives in Toronto and is involved with the film and television industry and renewing his interest in music, John now resides in Canada's west and remains active in music scoring and production (still utilizing his faithful vintage Fairlight CMI Series III). Marc is an artist, who still writes songs from time to time and lives in Toronto. John Tucker has re mastered all the material and it sounds amazing. 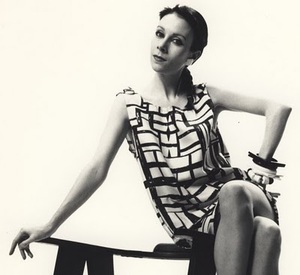 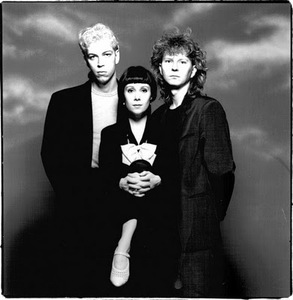 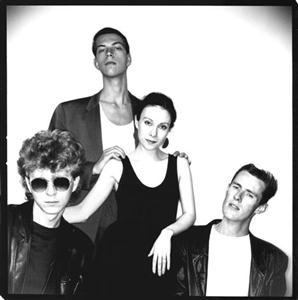