Born in Toronto, Greg Hambleton was the eldest of 4 brothers and a sister. Greg studied violin but the age of 18 also took an interest in the guitar. He started writing songs while still in high school and after performing in Toronto's Yorkville coffee house scene, he recorded several singles in Toronto and London, England. After his English sessions, Greg decided to take time off from his performing career while he educated himself on the recording and production process. He worked for several years as an independent recording engineer at Sound Canada before signing and producing Artists for his own labels.

After 1967, his Tuesday Music Productions and publishing companies, Bluenose Music (now Axe Music) and Belsize Park Music started signing artists and writers and licensing masters to a variety of distributors. Finally Steel River, a 5 man R&B band from Toronto's east end hit with their first single "Ten Pound Note" (1970). It became an instant radio and sales hit across Canada and a regional hit in the States with releases all over the world. Albums and other signings and releases followed such as Madrigal's "I Believe In Sunshine" (one of the top singles of 1972).

Axe Records was founded in 1972 by Greg Hambleton as a Canadian-based multi-genre label featuring recordings by an eclectic variety of Artists. Label signings included Thundermug, Rain, Major Hoople's Boarding House & Gary And Dave culminating in their #1 single "Could You Ever Love Me Again".

At first, Greg published songs he wrote for artists he was recording and then published songs written by the artist's themselves and indie songwriters. Over time Axe Music & Belsize Park Music became an active catalogue with several notable 'standards'. In the 1980s, Greg joined Peer Music (a multi-national music publisher) as Managing Director of their Toronto office. He served as a director on the boards of Canadian industry associations such as CMRRA, CAPAC (now SOCAN) and CIRPA (now CIMA).

In 2010, at his family's urging, Greg started performing his own songs again doing sets at Toronto's Tranzac Club, The Cameron House, The Dora Keogh Pub and the East End GAS. In 2012, he recorded and released his first album "Summer Songs". Greg has two married daughters and a grandson. 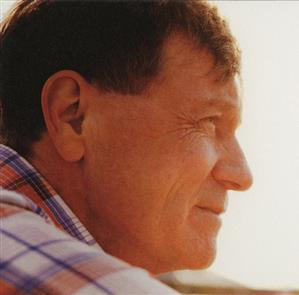