The alt-country road-warriors are set to release their fifth ablum Morning Comes on October 4th. The nine-track album was produced by Blue Rodeo’s Greg Keelor and is the first part of a two part album. Morning Comes includes upcoming single ‘Count On Me’ and an eight minute epic called ‘Bound To Your Advice’. Cuff The Duke will be touring extensively after the album’s release.

“These albums are about dealing with loss of someone and the change that brings to one’s life,” says the band’s Wayne Petti. “The confusion and loneliness that occurs at that point in someone’s life. Coming to grips with the reality of those things. By the end of this record we start to make peace with this and come to terms with it. All these songs are about that. They deal with a similar theme and emotion but still wondering in the back of our minds whether there will be a point to all of it. That’s what the second record will be about. Embracing what has happened and navigating down new roads. This album is the low and the next album will be the high.”

Cuff the Duke started out in Oshawa before making the move to Toronto in 2002. Their debut album, Life Stories For Minimum Wage was released on Three Gut Records, at the time one of the most exciting indie-labels in Canada. Their second and third albums, Cuff The Duke and Sidelines And The City respectively, were both released on Hardwood Records alongside label mates Basia Bulat and Hayden. Their last album, Way Down Here was co-produced by Blue Rodeo’s Greg Keelor at his beautiful barn studio in rural Ontario.

Sidelines of the City

In Our Time Part II 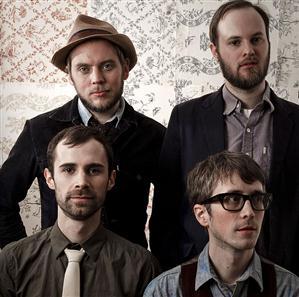