Dolores Claman (born July 6, 1927) is a Canadian composer and pianist. She is best known for composing the theme song, known simply as The Hockey Theme, for Hockey Night in Canada, a song often regarded as Canada's second national anthem, which she composed in 1968, and for "A Place to Stand", the popular tune that accompanied the groundbreaking film of the same name at the Ontario pavilion of Expo 67 in Montreal. Both songs were orchestrated by Jerry Toth who, along with his brother Rudy Toth and composer Richard Morris, all worked together at Quartet Productions from 1965-1970. In 1971 she wrote the music for the "Theme from Ontario Place" for use in Ontario Place's multi-media exhibitions celebrating the grand opening.

Claman and her writing partner and husband, lyricist Richard Morris, composed over 3000 commercial jingles in a 30 year period and won more than 40 awards internationally for their work. In the 1950s, Claman composed music for ITV while living in Britain and also wrote songs for West End musical revues.

In 2004, she commenced legal action against the Canadian Broadcasting Corporation alleging the network had made unauthorized use of the The Hockey Theme in various programs, including NHL Centre Ice, and by selling it as a cellular phone ringtone and using it outside of Canada. 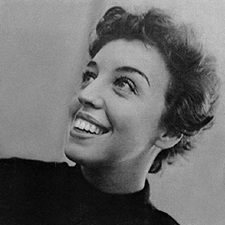