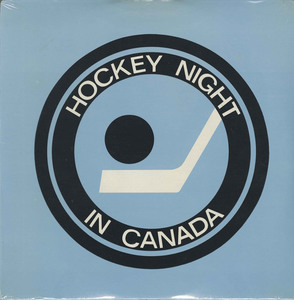 "The Hockey Theme" (a.k.a. Hockey Night In Canada Theme) was written in 1968 by Dolores Claman. It has become one of the longest running theme songs in broadcasting history.

Born in Vancouver, B.C., Dolores received a graduate scholarship to the world renowned Juilliard School of Music in New York. Dolores went on to enjoy a prolific career in composing for advertising, television, film and theatre. In 1967, Dolores co-wrote yet another memorable song: "A Place to Stand (Ontari-ari-ario)" for the Ontario provincial government's Canada centennial project and the Oscar-winning film, "A Place to Stand". Click here for a more in-depth biography of Dolores Claman.

"Hockey Night In Canada Theme" was originally commissioned by the MacLaren advertising agency in Toronto, who were looking for a powerful commercial jingle suitable for the big game of hockey. It soon became used as the theme song for the CBC hockey broadcasts and has been running ever since.

More than 30 years later, numerous requests continue to be made to use or obtain a copy of our 'Second National Anthem'. Whether it's a wedding or bar mitzvah, Saturday Night Live or Late Night with David Letterman... whether it's from a hockey fan or not, this souvenir of Canadiana seems to go on forever.

Dolores (Olga) Claman. Composer, pianist, b Vancouver 6 Jul 1927. Claman, whose mother was an operetta singer, studied piano first in Vancouver, and music and drama at the University of Southern California, then, encouraged by the baritone Lawrence Tibbett (who heard some of her songs), attended the Juilliard School of Music on a fellowship. There her teachers were Rosina Lhévinne and Edward Steuermann (piano) and Vittorio Giannini and Bernard Wagenaar (composition). Among her first major compositions were the ballet Le Rêve fantasque (1950) and the musical comedy Timber! (1952). The latter, written with lyricists Doug Nixon and David Savage, was produced in 1952 at Theatre Under the Stars. Excerpts were broadcast by the CBC that year and recorded for RCI (LP 119) in 1954.

In 1953 Claman went to London, where she composed music for the ITV network and collaborated on songs for the West End revues Airs on a Shoestring (1953), From Here to There (1955), Fresh Airs (1956), and Pieces of Eight (1957). In London in 1957 Claman met and married the writer Richard Morris (b London 13 Oct 1931, naturalized Canadian 1975), who wrote the lyrics for most of her subsequent work. They moved to Toronto in 1958 and soon became one of Canada's most successful jingle-writing teams. They completed some 3000 jingles during the following 30 years and won more than 40 awards internationally. In the mid-1970s they began to divide their time between Europe (usually London and Spain) and Vancouver.

Claman and Morris wrote Mr Scrooge (1963, with Ted Wood), a musical based on Dickens's A Christmas Carol and produced at the Crest Theatre, Toronto, in 1963 and on CBC TV in 1964; and In the Klondike (1968, with Michael Leighton), a musical telecast 6 May 1968 by the CBC. They also contributed to Spring Thaw, and composed scores for feature films (eg, The Man Who Wanted to Live Forever, 1970, Captain Apache, 1972, plus various Spanish westerns), documentaries, and themes for CBC TV's Hockey Night in Canada and House of Pride, and other TV series. Claman and Morris wrote the score for the film A Place to Stand, made for the Ontario Pavilion at Expo 67; the film won a live action short subject Academy Award. The title song (Thompson 1967), known popularly as "Ontar-i-ar-i-ar-i-o," and the theme from Hockey Night in Canada are probably Claman's best-known works. Claman appeared on Hockey Night in Canada in 1998, and continues to assert her rights over the use of its theme. She also wrote the theme song of the Canada Games, "Look Out World," in 1969. Among the Canadians with whom Claman worked are Jerry and Rudy Toth, with whom Claman and Morris formed Quartet Productions; the conductor Howard Cable; and the arranger Neil Chotem. Claman was a member of CAPAC.