ASANI is an Aboriginal women’s trio from Edmonton. They are Debbie Houle, Sarah Pocklington and Sherryl Sewepagaham. This circle of First Nations and Metis women have performed across Canada and internationally at such venues as Carnegie Hall in New York, The Kennedy Centre in Washington D.C. and the Saddledome in Calgary. Their debut CD ‘Rattle and Drum’ was nominated for 11 music awards including a 2006 Juno nomination for Aboriginal Recording of the Year and received the Canadian Aboriginal Music Award (CAMA) for Best Female Traditional Cultural Roots Album, 2005. Asani composed the theme song for the CAMA’s in 2005 and the honoring song for the Esquao Awards in 2009. They have performed for the Dalai Lama, Her Majesty Queen Elizabeth II and at the 2010 Olympics in Whistler, BC.

ASANI seek to use the inspiration of their cultural heritage to create music that is accessible to a wide audience, but delivers a powerful message from their hearts. In October 2009, they released their sophomore CD “Listen,” to growing acclaim. The album establishes a new direction for the group, expending their sonic palette and going even deeper into vocal arrangements with unique depth and impact.

Since the release of their follow up cd “Listen”, ASANI has received a 2010 Canadian Folk Music Award for Aboriginal Songwriter of the Year and a 2010 Indian Summer Music Award for Best Spiritual Song. In March of 2012, ASANI was acknowledged as a finalist by the Alberta Chamber of Commerce for an Alberta Business of Distinction Award as an Aboriginal Women Entrepreneur.

On March 19, 2012 Asani made their orchestral debut performing with the Lethbridge Symphony at the Southminster United Church. We would like to thank the Canada Council for the Arts for their financial support of this project. Without that support it certainly would not have been possible. 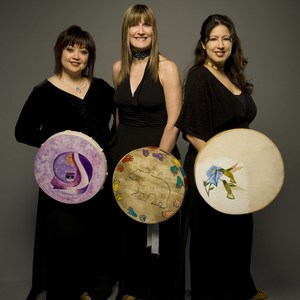