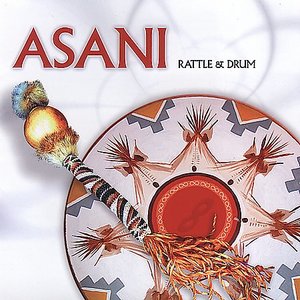 Asani ("rock" in the Cree language) is a First Nation and Métis women's trio whose members are steeped in their musical, cultural and linguistic traditions.

Debbie Houle (Cree Métis) comes from one of the founding families of the Elizabeth Métis Settlement, a family whose musical roots go back generations. Her mosom (grandfather) is renowned Métis fiddler Albert Collins and her mother, Violet, played bass for the well known Métis band "Halfbreed" for almost 20 years.

Sarah Pocklington's (Cree Métis) deep interest in Cree Métis culture, musical/vocal styles, and political traditions was nurtured within a family grounded in arts and politics. She was raised in the thriving urban Aboriginal community in Edmonton. Her family attended urban powwows and community gatherings within the city and in many of the surrounding Métis and First Nations communities.

Sherryl Sewepagaham (Cree), originally from the Little Red River Cree Nation in northern Alberta, was blessed with a strong grounding in musical, linguistic, and cultural traditions. In addition to singing, she loves dancing. Her Métis grandmother taught her to jig and she spent years as a fancy dancer following the powwow trail and participating in round dances and tea dances.

In the summer of 2006, were featured performers at the Smithsonian Folklife Festival on the National Mall and at the John F. Kennedy Center for the Performing Arts in Washington, D.C., as part of a celebration of FolkwaysAlive!, the partnership between the University of Alberta and Smithsonian Folkways Recordings. As Regula Burckhardt Qureshi, Director of the Canadian Centre for Ethnomusicology and FolkwaysAlive! at the University of Alberta, expresses," Asani continues to secure an ever-growing audience with the power of their performance and their respect for ancient traditions. Their creative impulse to explore new expressions of their personal and cultural experience adds a fresh and inspiring voice to the traditional sounds of their communities."