Boize was a heavy metal/glam metal band from Montreal, Canada active from April of 1989 to June of 1993. The band recorded two demos in 1989 (both featuring the same 5 songs; once in their rehearsal space, then again at a professional studio) and then signed with the independent record label Imagination Records in the spring 1990. Imagination Records arranged for the recording of Boize's debut full-length album (paid by the band at their own expense) at their own recording studio Cherry Production Studios but the album was shelved due to limited funds from the record label.

After severing their contract with Imagination Records, Boize signed with Bill Hill Productions and released a promotional tape in 1991 (featuring a selection of songs from the shelved album, partly re-recorded and completely re-mixed) to shop around to major record labels. Boize then self-released an EP in 1992 through the band's own record label, U-Iliot Records. In mid-1992, Boize was on the verge of signing with major record label Aquarius Records but their first vocalist quit the band. A second vocalist was recruited and Boize demoed new material in studio but he too quit the band right before the contracts could be signed with Aquarius Records. With a third vocalist in 1993, the band reinvented their sound completely, which nearly brought the band to a breakup. The original drummer quit and the third vocalist was fired. Finally, after going through a couple of new drummers and finding their fourth vocalist, Boize decided to change name to Emissary in June of 1993. 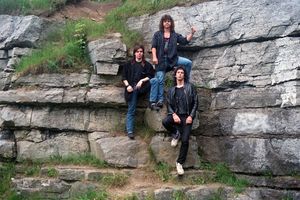 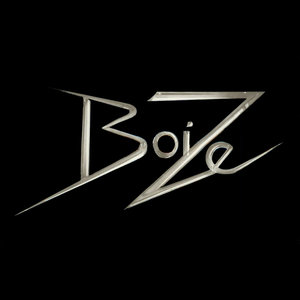