Michie Mee is known within the music industry for her unique rap style of combining reggae and dancehall with hiphop. Many successful artists have followed in Michie’s footsteps using this gifted technique. With over two decades in the entertainment industry, the Juno nominated rapper and actress is not only an inspiration for female musicians, but also all artists nationwide.

Aside from her life as an entertainer, Michie is also a mother who makes it one of her duties to keep involved with today’s youth. Knowing first hand the twists and turns artists often face in entertainment, Michie is an avid supporter of children striving to achieve a good education. Michie herself left university after her music career began to soar and has always spoken openly about the importance of education. Michie continues to enhance her abilities to attract diverse roles on television and film. She was featured in the 2011 CBC hip hop documentary “Love, Props and the T. Dot,” this trailblazer’s saga still continues. Michie Mee’s reign as Queen is far from over.

As well as winning many community based awards and promoting the “On This Mic” Showcases a.k.a the ‘Scorpio Bash’ in Toronto launched in Jamaica 2019 with the support of the Jamaican Music Conference in which she sits on the advisory Board. Michie is also apart of the Generation Hip Hop Global Board based in Brazil , and sits on the HipHop BLVD Advisory Board in NYC. Michie now adds Author to her resume with a major book publishing company TBA. Still active in the acting world the Actra Union actor has secured small roles in film and tv being filmed in Canada TBA. Ms. Mee is the CEO of MBM Publishing Inc and Track & Field Ent./DetroitDigital/Believe , looking forward to NEW music.

Michie Mee has performed as a hip-hop artist in real life, and portrayed one on television. The Canadian rapper has recorded a few tunes, and appeared as the opening act for major stars such as Judy Mowatt, Salt 'N Pepa, Queen Latifah, and Dream Warriors. Mee also landed acting parts in movies like The Jimi Hendrix Story and In Too Deep, and the television series Drop the Beat, La Femme Nikita, and Traders.

Canadian native Michie Mee was only 14 years old when she began performing professionally. Her talents soon landed her larger gigs, and with time brought her a recording contract that allowed her popularity to cross the border over into the United States. Her first album, Jamaican Funk: Canadian Style, hit the market in 1991. Some of the tracks from the debut are "Get It Together," "All Night Stand," "You're Feisty," "Kotch," and "If Only They Knew."

Through the '90s, Mee toured and opened for other acts, but turned a lot of her attention toward putting down roots for an acting career. She did a lot of guest spots before auditioning in the late summer of 1998 for a role in a new series called Drop the Beat. Mee landed that role, and became the co-star of the show, playing the part of a hip-hop queen known as Divine. During this time, after a long break from recording, Michie Mee finally began working on a sophomore full-length offering, The First Cut Is the Deepest. The songs on this second album carry a smooth mixture of reggae and hip-hop.
-Charlotte Dillon

Ripped Me Off // Don't Wanna Be Your Slave 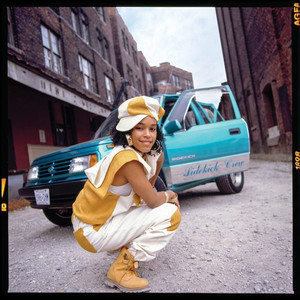