Matt Blais isn't trying to reinvent the wheel; he is just finding a new way to roll it.

Today, emotional music seems to be an art form that has gone the way of an ancient cave drawing, it still exists, but you have to know where to look. This is the principle upon which Matt Blais' music is based. Combining passionate songwriting, a unique and memorable live show and a voice that howls like a forgotten soul, Matt Blais demands honestly from himself and the music he creates. The principle is simple and the ritual mesmerizing; remind people of the art of emotion and bring it to their auditory doorstep.

Over the past few years, Matt Blais has begun to make a serious charge into the Canadian music scene. In September 2008, competing against hundreds of Canadian bands, Matt was selected as the winner of the monumental Big Rock Star Talent Competition and was chosen as Big Rock UNTAPPED Artist in 2009, leading to the inclusion of his song "Beautiful Thing" on fifty thousand CDs distributed across the country in cases of Big Rock Beer, essentially reaching Canadian Gold status and launching his music into the hearts and minds of people across the country.

Matt's list of accomplishments continues to grow as he has taken the stage at the Stampede Grandstand, Big Valley Jamboree and was included in several events for the 2008 Juno Awards in Calgary. Having toured all over Canada, in small towns and major markets, to shows in Australia, Germany and the U.S., Matt Blais is an ambassador as to how a simple Calgarian boy sees the world and through his passion will artistically change it.

His debut record, "Let It Out" is produced by Juno nominated all-star Canadian producer Mark Howard whose discography reads like a veritable who's who of Canada's finest musical talents. This includes artists such as The Tragically Hip, Sam Roberts, Avril Lavigne, The Wailin' Jennys and Daniel Lanois, to name a few.

"Each footstep brings me closer to you" rasps Blais in his new single currently being played across Canada "(Oh!) What Can I Do?". . . and only time will tell where his steps will take lead. With a recipe like this however, you can be sure they're heading in the right direction. 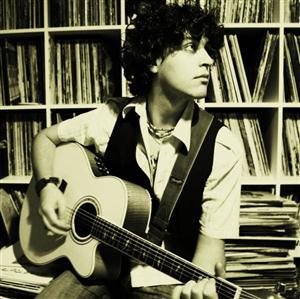