One of the lesser known Canadian groups to work on the West Coast was the short-lived Merryweather, a talented bunch of Ontario musicians, fronted by another former Mynah Birds member, bass player Neil Lillie (today better known as Neil Merryweather).

Slightly reminiscent of the early Steve Miller Band, Merryweather also shared the same label, Capitol Records, with whom they had signed with in January 1969 and produced two albums, including the double “super-jam” record, Word of Mouth before imploding later that year.

Unlike many of their Canadian contemporaries based in California at the time, Merryweather never found the success they warranted. Along the way, however, the band produced some great music and, as we’ll see later, could have gone a lot further had events worked out differently.

They played numerous gigs all over Toronto and the southern Ontario circuit. “I remember we played at a university gig in St Catherine’s and were racing back to play the two-day Toronto sound show at Maple Leaf Gardens [on 24 September] and we blew our truck engine and missed the first show,” says Lillie. “We made the second show and there was a near riot of screaming girls and at that point, I knew we had arrived.”

“Another big gig that we did was at the Club Kingsway [on 9 October] where we opened for Mandala, we were at our peak,” continues Lillie. “We were so good, we blew Mandala away and their manager, Rafael Markowitz became our manager.”

By the spring of 1967, Rick Bell was gone. Joining forces with Ronnie Hawkins & The Hawks, he would resurface a few years later in Janis Joplin’s Full Tilt Boogie Band, appearing on the troubled singer’s classic Pearl album. After years playing a multitude of sessions, Bell would ultimately wind up with Hawkins’ former backing group, The Band.

Nelson had written a poem called Heather Merryweather and, taken with the title, the musicians decided to adopt it as the band’s new name. Nelson also promised to help make arrangements for the group once they got to Los Angeles that summer....

You Must Live It b/w Are You Ready 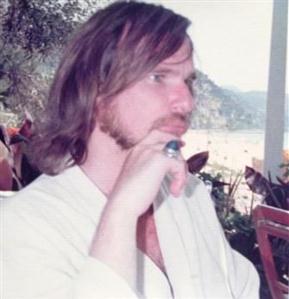