Women recorded their 2008 self-titled album with label-mate Chad Vangaalen over 4 months on ghettoblasters and old tape machines in his basement and outdoors. This debut brought the young band critical acclaim from across the blogosphere, tour opportunities across Canada, the United States, UK and Europe, and a heightened level of international interest from many lo-fi junkies and seasoned audiophiles.

In fall of 2009, Patrick Flegel (vocals/guitar), Matt Flegel (bass/vocals), Chris Reimer (guitar/vocals), and Michael Wallace (drums) returned to the studio with an abundance of ideas, working around conflicting schedules and graveyard shifts. Over six months, with Chad VanGaalen again on production duties, the band laboriously crafted a timeless sounding recording over the dead of winter in Alberta, Canada.

The four members of Women have been in bands together since childhood, and as a result the foursome is able to marry dense experimental noise and intricate instrumentation with delicate, melodic songwriting in a seemingly effortless manner. With Public Strain, the band carved out their own creative vision; both proudly their own and reflective of their upbringing in the barren suburbs of Calgary, Alberta. 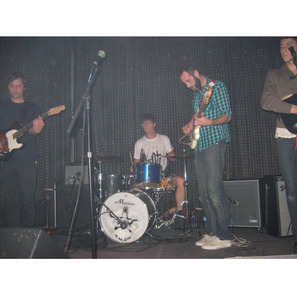