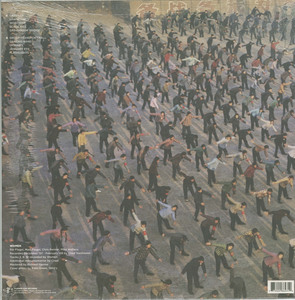 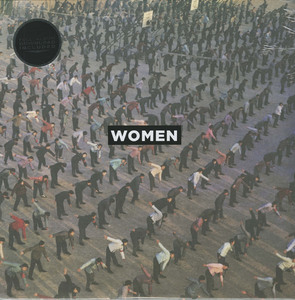 The debut album by Women was recorded by label-mate Chad VanGaalen over 4 months on ghettoblasters and old tape machines in his basement, an outdoor culvert and a crawlspace. Sometimes light and spacious, at other times eerie and dense with an ominous weight, this self-titled album touches upon Velvet Underground, The Zombies or This Heat while not really having any obvious precursors – a lo-fi masterpiece cloaked in layers of vibrato and guitar wash.

Recorded by Chad VanGaalen in his basement, this Calgary band's pleasantly varied and concise debut, versed in the use of tape hiss as both a stylistic aid and compositional element, is soaked in the stocky blasts of melody of Deerhunter or Times New Viking.

There is an irony to Women's moniker-- the most un-Google-able name in rock since the Music-- that extends beyond the fact that the band is actually four dudes: Like many of their peers and forbears in the worlds of lo-fi psych-rock and industrial post-punk, Women make boys' club music, treehouse rock. Their debut deftly uses tape hiss as both a stylistic aid and compositional element, resulting in stocky blasts of melody. But where peers Deerhunter veer into amorphous song-globs and Times New Viking threaten to come unglued at any moment, Women has the cool, hard weight of something created under duress. You're reminded of how This Heat recorded their songs in a meat factory; Women’s cover-- a creepily synchronized group tai chi exercise-- recalls the sleeves for Reagan-era punk, released at a time when everything seemed vaguely politicized.

Women was recorded by Sub Pop artist Chad VanGaalen in his basement, at least partially on boom boxes. The jangly whoosh of opener "Cameras" seems like a direct product of those bohemian environs: Quivering voices are propped up by picks scraping against strings, even when an exacted synth squiggle-- the first of several compositional left-turns-- betrays the rugged surroundings. "Cameras" lasts a mere 60 seconds and segues seamlessly into the steel-wool industrial sounds of "Lawncare", and from there, Women is deceptively easy and oddly energizing. Standout "Black Rice"'s guitars rapidly approach and fall off little cliffs. "Group Transport Hall" is paisley-wallpapered psych, its hasty acoustic march a textural curveball. It's on tracks like these that singer Patrick Flegel's voice-- a sour monotone throughout much of the album-- gains unexpected contour, admirably navigating "Black Rice"'s sighing chorus.

Elsewhere, Women draws from a deceptive range of styles: "Upstairs" sounds like a mathematical composite of the breezier half of Chairs Missing. Instrumental "Sag Harbor Bridge" is almost John Fahey-esque in the way that its distorted, weaving fretboard runs conjure its namesake. On "Woodbine", another instrumental, a long drone sits impatiently as tittering electronics accumulate at its edges.

By Women's end, the band's guitars have rusted: "January 8th" is fevered paranoia, its guitars angrily panning between speakers. "Flashlights" slows the pace momentarily before ramping up to a Sonic Youth-style jamboree. It's a brash, youthful ending for a band that spent most of the album avoiding such bludgeoning. Also strange is "Shaking Hand", jittery, Dischord-style precision-rock; at just under five minutes, it's the longest track on the album. Women do spend a tad too much time flexing their way through their instrumentals-- a shame since, when they bother with songcraft, they rarely miss: concise, nuanced statements with idiosyncratic arrangements. Awkward, youthful moments exist, but Women tire of them almost before you do. What's left are the best of post-punk ingredients: curiosity, noise, and sly artifice.
-Pitchfork