Born in Victoria, British Columbia and raised on a little island on the very west coast of Canada, Stagger spent most of his youth with his grandparents who exposed him to the world of country music. Developing his musical drive early on, Stagger formed his first punk rock band at age 18. Songwriting came shortly after with themes revolving around his childhood, traveling, relationships, substance abuse and the tribulations of life. Having collaborated with one of his icons, Danny Michel, Stagger found commercial success in the song, “Just in Case”, which was featured twice on the television hit, Grey’s Anatomy.

The life of being on the road and touring at a fast pace did not wear easily on Stagger, who at age 26, realized he had an alcohol problem that was affecting his ability to perform with the commitment and heart his songs demanded. Clean and sober since, Stagger has a strong desire to inspire young musicians that they do not have to succumb to the pitfalls of substance abuse, which can be prevalent in a musician’s touring lifestyle.

Leeroy Stagger released his 7th studio album “Radiant Land” on May 15th through Gold Lake Records/Universal Music Canada and he’ll be hitting the road for a string of UK dates starting on November 4th. Stagger recently signed a 2 record deal with Danny Goldberg’s Gold Lake Records (The Cranberries, Tom Morello, The Hives) and “Radiant Land” is his first album to be released through Gold Lake.

Recorded in just 3 days during a break in the band’s 2011 U.S. tour at famed Nashville studio Club Roar, Leeroy Stagger continues to prove he is one of Canada’s most prolific and talented songwriters. On “Radiant Land”, Stagger’s subject matter remains solidly based in the human condition. While not abandoning his unique ability to give voice to the rebel kind, “Radiant Land” finds Stagger in a more reflective tone, offering light out of the darkness in the songs “Enough Love to Go Around” and“Message of Love”. The album alsoincludes a sobering political view of his home province of Alberta’s push for nuclear energy in the title track. All of this without sacrificing his ability to pull the best out of his band; who are certainly not afraid to lean more towards rock than roots when needed.

Over the years, Leeroy Stagger has shared the stage with plenty of talented musicians, including The Pixies, Los Lobos, Tegan and Sara, Ron Sexsmith, Joel Plaskett and George Thorogood and his songs have received placement on the hit TV shows Greys Anatomy, Sons Of Anarchy, Degrassi andHeartland. He has garnered an international fan base after relentless touring both home and abroad. It is simply a matter of time before Stagger joins the likes of Ryan Adams, John Hiatt and Steve Earle as an ambassador for North American Roots Rock n Roll.

Tales from the Back Porch (EP)

One for the Ditch

Live at the Red River Saloon 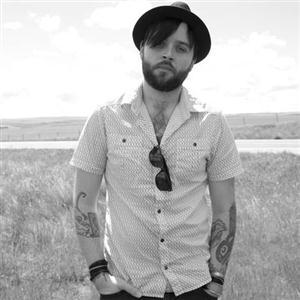