Elizabeth Shepherd pushes the boundaries of what is considered conventional jazz, all the while creating a sound completely her own. From London to Tokyo, Elizabeth has captivated audiences and critics on both sides of the pond. Her Juno nominated debut album, Start To Move continues to receive critical acclaim, and was voted the Top 3 Jazz Albums of the Year by the listeners of the Gilles Peterson show on BBC Radio 1 UK in 2006.

Raised by ministers of the Salvation Army, an early exposure to the brass band sounds mixed with her love for classical and house music, disco and hip hop, lay the foundations for one soulful musician. Trained extensively in conservatories from across Canada to France, Elizabeth completed a degree in jazz piano from McGill University, Montreal. Initially entering the music program to pursue a career in music therapy she quickly discovered her extensive talent in songwriting and performing. She returned to Toronto in 2004 and worked as a server at a piano bar. Her serving job proved an asset to her musical career- once management realized Elizabeth's talent, she quickly became the restaurant's key entertainer. Organically and innocently enough, the Elizabeth Shepherd Trio was formed with Scott Kemp on bass, Colin Kingsmore on drums and Elizabeth Shepherd on piano and vocals.

The Elizabeth Shepherd Trio became a staple group in Toronto's soul jazz scene, performing all over town in jazz and other concert venues alike. Upon joining forces with Do Right! label owner John Kong, the Trio was invited into the studio to record a demo. But what was supposed to be a demo turned into a jam session resulting in the album Start To Move. The following few years established the EST locally and saw them gain recognition internationally, performing on BBC Radio 1, sold out shows at London's Jazz Cafe, and a week long residency at the prestigious Cotton Club in Tokyo, Japan the summer of 2007.

Her follow-up full-length album Parkdale is an older, wiser Shepherd teamed with her ever youthful, graceful soul. The mood of Parkdale tracks the emotional whirlwind of human experience. The album explores what everyone fears the most: total openness, divulging your innermost humanity. "Parkdale," the title track, explores the nuances of brokeness within the community. The album leads the listener through it all with stories of personal growth alongside the evolution of a neighbourhood in transition. "I've always found strange the massive discrepancy between the highly emotional events that shape our personal lives, that we generally don't share, and the completely mundane events that insidiously make their way into conversation.

As far as being a "jazz performer", Elizabeth does not count herself as one to be defined by a particular genre; her music comes straight from the soul, and is more than just what she does, but what she loves and who she is. 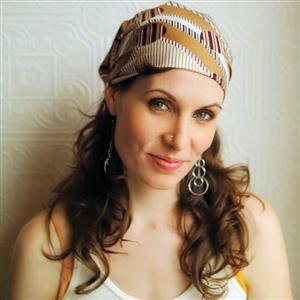