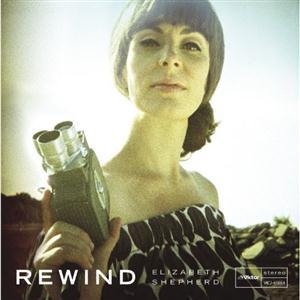 An album of standards, Rewind showcases Elizabeth as an arranger, interpreter and producer. A two- time JUNO nominee and critical darling, Elizabeth Shepherd’s genre-bending soulful jazz has helped her find her place as a mainstay on the international circuit, playing legendary venues like Tokyo’s Cotton Club, London’s Jazz Café and the Hollywood Bowl. As her first first full-length album of standards, Rewind charts new and welcomed territory for the songstress.

Elizabeth stamps each song on Rewind with her cool, trademark sound, creating continuity with her original work but managing to appeal to a more mainstream jazz audience, familiar with tracks like “Love For Sale” and “Prelude To A Kiss.” Her take on the legendary “Feeling Good” is fresh and surprising to those familiar with the tune. With an upbeat, almost delicate arrangement, Elizabeth expertly displays her extraordinary talent at arranging songs to fit her signature, sultry vocal style. At times playful, like on “Les Amoureaux Des Bancs Publics,” then to the avant-garde and mysterious sounding “Buzzard Song,” Rewind is clearly an Elizabeth Shepherd release, not a release of standards sung by Elizabeth Shepherd.

Elizabeth didn’t consider recording an album of standards until she became pregnant with her daughter Sanna while on the last leg of her 14-month tour supporting Heavy Falls the Night. Faced with the realization that she would not be able to finish writing enough original new songs for an album before Sanna’s birth, Elizabeth was compelled to get into the studio and record an album of songs that she had learned, loved and grown with over the years. She wanted desperately to connect with something that was always a constant in her life while she was in the midst of what is arguably the most significant life change a woman will ever have -- motherhood. After the album was finished and Sanna entered her life, Elizabeth realized that Rewind too, ironically, marked a great shift for her musically.

“Now that the album is done, I realize that while pregnancy is a time of unprecedented, extreme change, and motherhood an even deeper process of adaptation, the illusion of holding onto something fixed is just that - illusion - because we are never really standing still. And so this album is not that link that I was hoping for when initially faced with so much change. Rather it is one more face of change, an act of discovering and embracing yet another aspect of my self - this time of my musical self.”

So while Rewind was a record initially inspired by Elizabeth’s desire to connect to something true and constant while undergoing and preparing for her life’s biggest upheaval yet, the album in fact was a transition too; a remarkable, inspired and ambitiously creative transition.