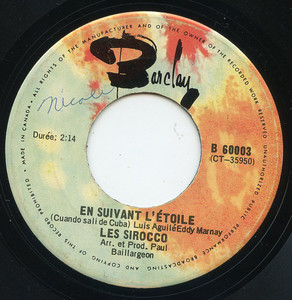 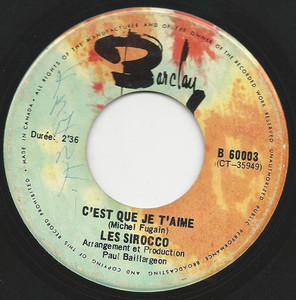 Produced and arranged by Paul Baillargeon

A: Cover of 'C'est Que Je T'Aime' by Michel Fugain
B: Cover of 'Cuando Sali De Cuba' by Luis Aguile