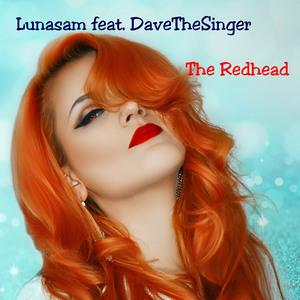 Lunasam are Bertrand and Robert, two brothers who have been recording music together since 1979 and are now focusing on producing. Their first 7 inch single was released in 1981, and this is their first new official offering since their self-titled indie CD in 2008. "The Redhead", originally created by Bertrand, features vocals by British belter Dave Edwards. UK bassist Tony "Redfish" Gee also provided the bulk of the lyrics. Guitars are provided by Eric Rosenthal and Robert, the latter responsible for the instrumental break and synthesizer solos that follow. The bouncy song has a decidedly retro futuristic feel and mindset, with plenty of synths and surprises, and has been described as something The Cars would have loved to have penned in the late seventies.. Yet didn't.

The credits for "The Redhead":

In the next few months, Lunasam are promising to release six singles as a trio with American female vocalist Kim Noble, leading up to a compilation EP next year.